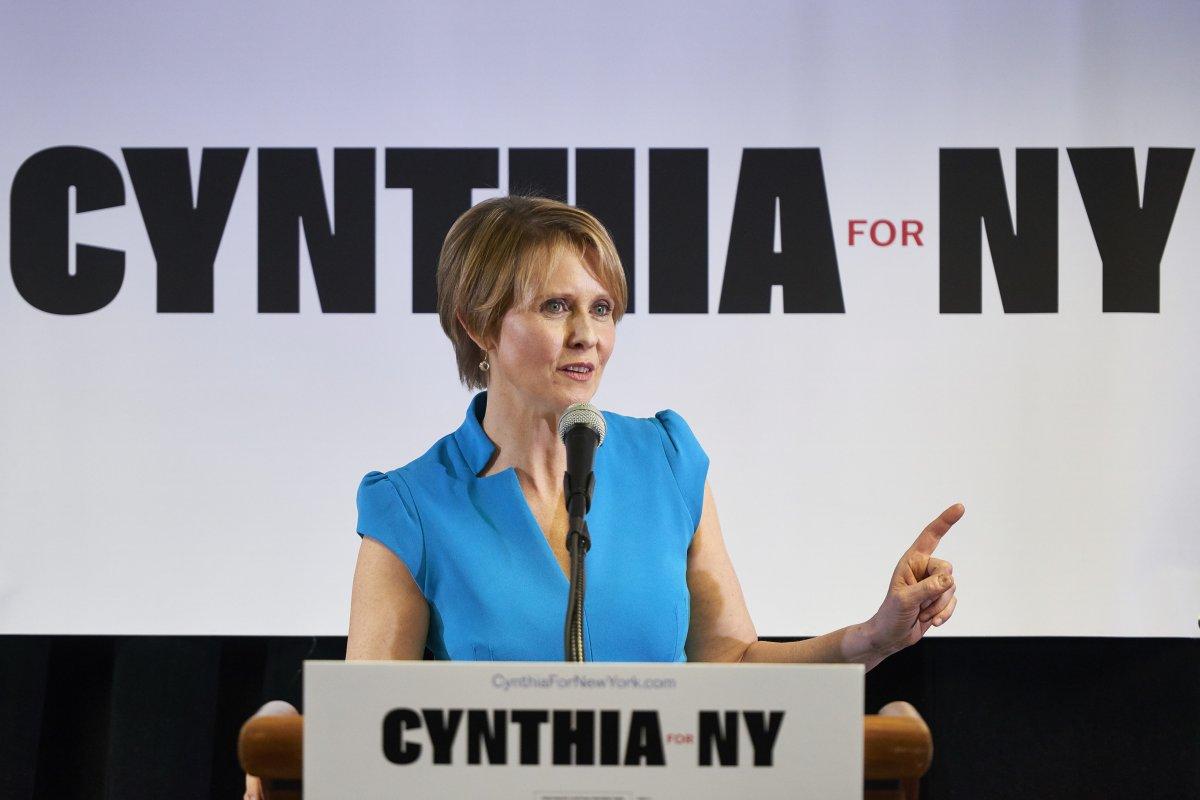 Actress and liberal activist Cynthia Nixon, one of the stars of the hit television series “Sex and the City,” has her sights set on Gov. Cuomo’s job. Weeks ago, she announced her plan to challenge the incumbent governor for the Democratic nomination. Here’s what you need to know about Nixon, her background, and her political journey so far.

She’s a newcomer to the political scene

Rumors started swirling in 2017 that Nixon, 51, would seek a run for the governor’s seat. But it wasn’t until March 19 that she made her intentions known to the world. “I love New York, and today I’m announcing my candidacy for governor,” Nixon, said on Twitter. She’s never before been elected to an office. Her campaign sets up a battle for the Sept. 13 primary against Cuomo, a two-term incumbent, who is considered a presidential hopeful in 2020. Cuomo has said he’s not concerned about going up against Nixon.

She’s zooming in on the troubled MTA

The fledgling female politico uses the hashtag #CuomosMTA, both on social media and on her campaign website cynthiafornewyork.com. The site also features a video of Nixon in a subway station with trains rolling past her. On March 28, Nixon rode with C train with New York City press and Brooklyn Borough President Eric Adams to talk about transit funding. During that discussion, Nixon endorsed “comprehensive congestion pricing” and said the MTA needs “a dedicated revenue stream” and a focus on service improvements instead of superficial issues.

Nixon has been a trailblazer when it comes to education reform in New York, but if elected, she’d pave the way for a new minority of politicians: gay women. Nixon would not only be the first female governor to take the helm, but she’d be the first openly gay governor in New York history. A prominent advocate in the gay rights community, Nixon has been married to her wife, Christine Marinoni, since 2012. The pair met at a 2002 gay rights rally, and years later announced their engagement at a local rally for marriage equality.

Her ‘Sex and the City’ co-stars have weighed in

Nixon, who played the character Miranda Hobbes in the hit HBO series “Sex and the City,” recieved endorsements from her former SATC colleages Sarah Jessica Parker and Kristin Davis. Ten days after Nixon announced her governor’s run, Parker wrote on Instagram, “A mother, an activist, an advocate, a fighter, a NY’er, a dear friend. Running for Governor of our great state. My sister on and off screen, you have my love, support and vote.” But Davis shouted her support on social media hours after Nixon’s announcement, saying on Twitter, “I am so proud of @CynthiaNixon, no one cares more than she does about EVERY person getting a fair change and a good education. I know that she would be an excellent Governor…I’m excited to support someone I have [known] for 20 years to be one of the most intelligent and caring people in my life!”

Kim Cattrall, however, didn’t go quite as far in endorsing Nixon. Instead, she responded to a fan on Twitter with “I support & respect any former colleague’s right to make their own career choices.”

She has a simple reason for running

Born and raised in New York City, Nixon hails from a one-bedroom, fifth-floor walk-up where she lived with her single mother. She graduated from New York City’s public schools, and now has children in the same education system. For these reasons, and because she said she got her start as an actress in New York at the age of 12, Nixon decided to run for office. “I love this state,” she writes on her campaign site. “New York is the only place I’ve ever lived, and I wouldn’t have it any other way. But I know that we can do better. We need a New York that works for all of us — a New York for the many, not just the few.”