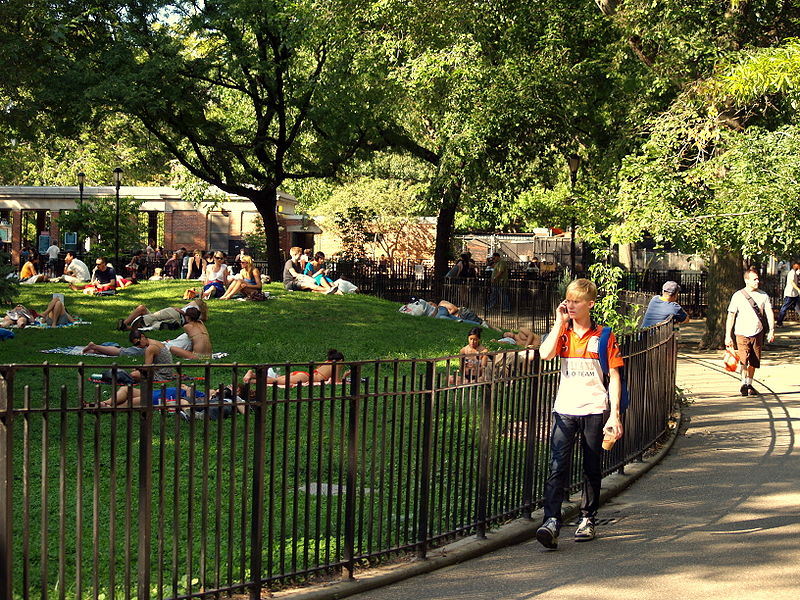 The average New York City park is 73 years old, and that age is starting to show, according to a new report.

The Center for an Urban Future (CUF), a nonprofit public policy think tank, released a report on Tuesday looking at the New York City park system and its aging infrastructure.

Parks in every borough are struggling with “aging assets,” according to the report, like drainage systems, retaining walls and bridges.

Aging drainage systems can cause issues like standing water, flooded fields and overflowing sewer systems. Experts cited drainage problems as one of the “most severe infrastructure issues” facing NYC parks, per the report.

But some of these parks aren’t seeing frequent upgrades. Twenty percent of NYC Parks have not had a major infrastructure upgrade in 25 years, according to the report, and at least 46 parks, plazas and triangles in the city haven’t had “significant capital investment” in nearly a century.

“New York City was blessed with having a tremendous program of construction during the Works Progress Administration,” Adrian Benepe, former Parks Department commissioner under Mayor Michael Bloomberg and senior vice president at the Trust for Public Land, says in the report. “But all of those structures—bridges, highways, parks, pools—they’re all nearing the end of their natural life. So I’d say a very, very big bill is coming due, in the billions.”

The report estimates that it would cost nearly $6 billion to bring New York City’s parks system to “a state of good repair” over the next decade.

In an email to Metro, Crystal Howard, a spokesperson for NYC Parks, highlighted the administration’s investment in the park system through the $318-million, 65-park Community Parks Initiative and the $150-million Anchor Parks project.

The projects “are bringing the first structural improvements in generations to sites from playgrounds to large flagship parks. Further, as the CUF report notes, Commissioner [Mitchell] Silver’s streamlined capital process is bringing these improvements online faster,” she said. “Looking forward, initiatives like the newly funded catch basin program and an ongoing capital needs assessment program will ensure that NYC Parks needs are accounted for and addressed in the years to come.”