If you rent an apartment from a Victoria’s Secret model, you might expect some pretty posh digs, but one Airbnb customer is suing for the exact opposite.

Christian Pugaczewski, a West Hollywood attorney with the New York-based firm Shearman & Sterling, rented a Roosevelt Island apartment from Lyndsey Scott, a Victoria’s Secret model in June. Pugaczewski alleges in his lawsuit that Scott misrepresented her pad on the site.

According to Pugaczewski, the $3,075 a month apartment listed as a “comfortable spacious island retreat“was such a disgrace that he had to take refuge on a relative’s couch in the suburbs for two weeks until he could find another apartment.

“I stayed there one night and left immediately,” Pugaczewski told the New York Post. “There was paint pealing, there was grime and dirt on the window sill and on the air conditioner, a hole in the floor was covered up by strategically-placed bar stools,” he said.

Pugaczewski eventually found a place in the Upper East Side – for double the price of the Airbnb listing, the New York Daily News reported.

“I acknowledge Mr. Pugaczewski’s complaints and am working closely with Airbnb to ensure this is settled in a fair and just manner. I wholeheartedly respect Airbnb’s standards and have worked tirelessly to ensure renters have had an above average experience, as evidenced in my 5 star rating on Airbnb.com. Roosevelt Island is a beautiful neighborhood in New York City, known for its sense of community, family environment and diversity – all traits I wholeheartedly embrace. I have always felt safe in my apartment and proud to call Roosevelt Island my home. I apologize for any inconvenience this has caused Mr. Pugaczewski. The photos, description and reviews included in the listing are verifiable and accurate: https://www.airbnb.com/rooms/923708“

According to Pugaczewski, Airbnb won’t allow him to post a review of his experience in the former public housing unit that was once known as Eastwood, the Daily News reported. He was able to get his money for the time he didn’t spend in the 3-month minimum rental, but Airbnb has not refunded his $3,000 deposit, Travel Mole reported.

Airbnb told the Daily News it would not comment on pending litigation. Pugaczewski reached out in the following tweets:

@KimESTAqui thanks for writing about my troubles with @Airbnb I’m also gonna donate the net proceeds of my case to charity @Airbnb chooses.

@KimESTAqui I would suggest Legal Services NYC to @Airbnb and Ms. Scott.

“I look forward to Ms. Scott and Airbnb reaching out to me to resolve the situation as soon as possible,” Pugaczewski said, the Daily News reported. “Unfortunately, they have been unwilling to do so in the past which is why we are in this situation.”

The world is rife with Airbnb horror stories, but typically it’s the renter who gets burned by the rentee.

In 2011, an Oakland, CaliforniaAirbnb renter returned home to find his apartment littered withcrack pipes and a hole in his closet door a la “The Shining,”Tech Crunch reported.

After much success across the pond, escort services in New York adopted the practice of conducting the world’s oldest profession from Airbnb rentals,the New York Post reportedin 2014.Huffington Post addedthat an Airbnb occupant once left the body of a prostitute who had been stabbed. 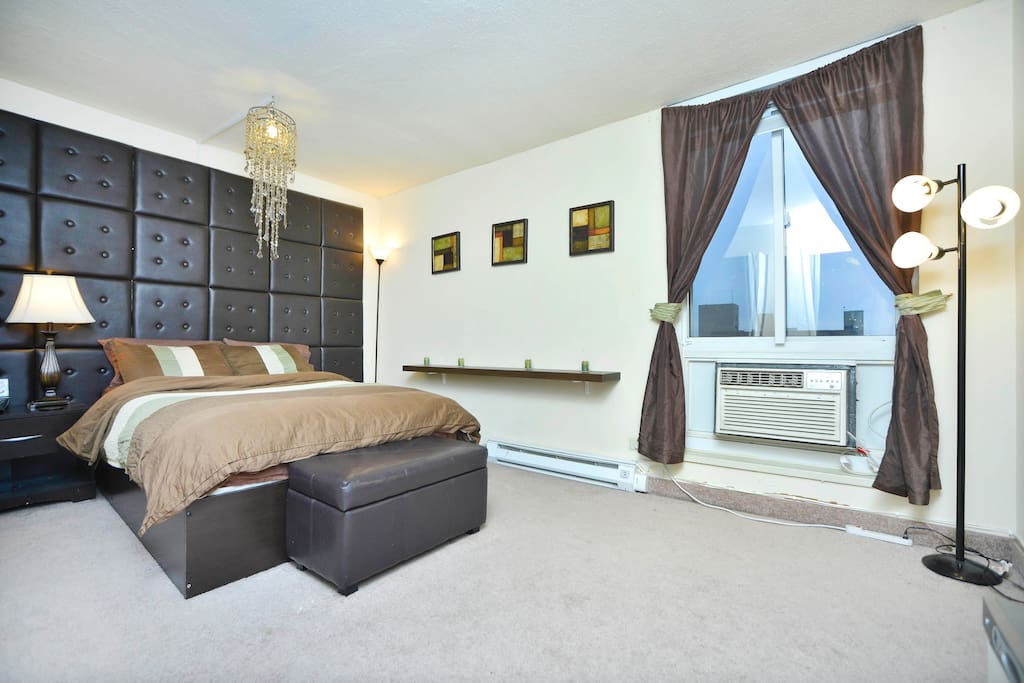 You’ll rarely find water views in NYC, but this apartment features them in all directions; along with a beautiful south-facing picture window with plenty of sunlight, fashionable decor for a comfy …