“ALL PARENTS PLEASE BE AWARE!!” an ominous Facebook post reads. “There is a drug going around the schools ..Its known as Strawberry Quick …or strawberry meth.”

It sounds terrifying, but is strawberry meth really a problem in schools now?

What is strawberry meth?

According to viral social media posts, the meth — also known as Strawberry Quick — is designed to target kids specifically because it looks like strawberry pop rocks.

“It also smells like strawberry and it is being handed out to kids in school yards. They are calling it strawberry meth or strawberry quick. Kids are ingesting this thinking that it is candy and being rushed off to the hospital in dire condition,” another post reads. The post also shows photos of the so-called strawberry meth, along with photos of a child that supposedly took the drug. “It also comes in chocolate, peanut butter, cola, cherry, grape and orange.”

More: Are ‘Patrons of Color’ really skipping the line at Starbucks?

Is strawberry meth really a problem?

Like many social media posts that make sweeping claims, the posts are, luckily, fiction.

There’s no proof or data to show that children are being directly targeted with strawberry meth. The recent posts are variations of an email that has been circulating since at least 2007.

“We checked with all of our labs, and there’s nothing to it,” U.S. Drug Enforcement Administration spokesman Michael Sanders told Snopes back in 2010.

“It’s not a trend or a real problem; I think that this was maybe someone with good intentions but jumped the gun.” 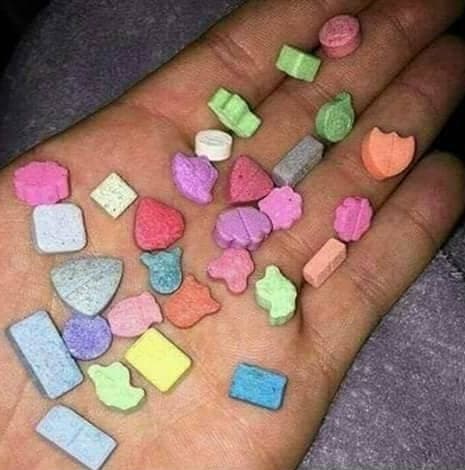 Colored methamphetamines aren’t entirely fiction, though — some drug dealers and manufacturers add coloring to the drug in order to hide it from law enforcement.

More: Can you get HIV from Cadbury Creme eggs?

“The warnings are well-intended, but they have no substance,” he said.

So while strawberry meth isn’t something parents should add to their long list of worries, the viral posts do make one good point:

“Please instruct your children not to accept candy from strangers.”