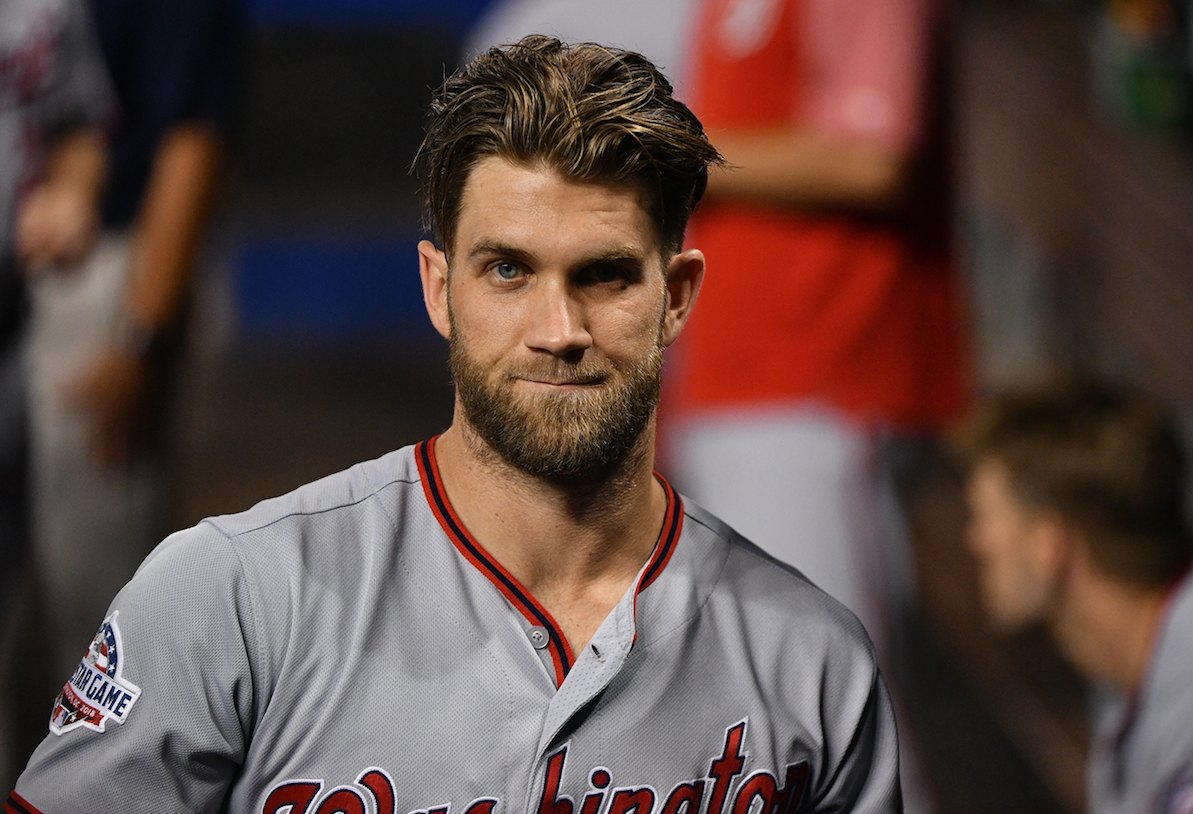 The Red Sox have been the most successful team in MLB since the turn of the century, having won four World Series championships. Those titles, however, came in intervals of three, six, and five years.

The next goal for the always-ambitious Boston front office is to string along a bunch of titles in a row and create a bon a fide hardball dynasty. To reach that goal there will be no room for complacency, which is why the Red Sox could actually be sniffing around for the biggest fish on the free agent market in Bryce Harper. At the very least Boston could be looking to drive up the price for Harper – who could very well sign with the rival Yankees when all is said and done. The Yankees would be crucified if Harper somehow wound up signing with the Red Sox, fresh off a World Series crown.

There were two interesting reports from prominent MLB writers on Tuesday, and it’s not inconceivable that the reports are somehow connected.

From MLB’s Winter Meetings in Las Vegas, Fancred’s Jon Heyman tweeted out that “Harper has met with several teams here off site in his hometown. And has a few more to go. Also, a ‘mystery owner’ has flown in to visit with him.”

Would that mystery owner be John Henry? It wouldn’t be crazy to think that the owner of the reigning champions of baseball would fly into the Winter Meetings. For the sole purpose of meeting with Harper is an entirely different story.

A few hours after Heyman’s report, The Athletic’s Ken Rosenthal tweeted that a rival executive said that the Red Sox are looking to cut payroll in an effort to make other moves.

That’s the good news for Sox fans dreaming of seeing Harper in the middle of the Boston lineup. Where things fall apart here is that Rosenthal added that the Red Sox are looking to remain under the luxury tax threshold. It would take some major maneuvering in the way of trades to clear room for a contract that could make David Price’s look like minimum wage.

One thing is for sure is that Harper’s agent, Scott Boras, is not going to play favorites. The Sox were in a battle with Boras for months last winter over JD Martinez. They eventually won but Dave Dombrowski made it clear that they’re not going to just back up the Brinks truck without long negotiations.

Meanwhile, Boras likely isn’t a fan of the way the Red Sox have poo-pooed a potential Craig Kimbrel return. Dombrowski made it clear this week that the bearded closer – who is a Boras client – is not in Boston’s future plans.

You can bet on MLB prop bets like where Bryce Harper will play next year by clicking the Bet Now button below.