Are the ‘American Animals’ criminals still friends? - Metro US
Movies 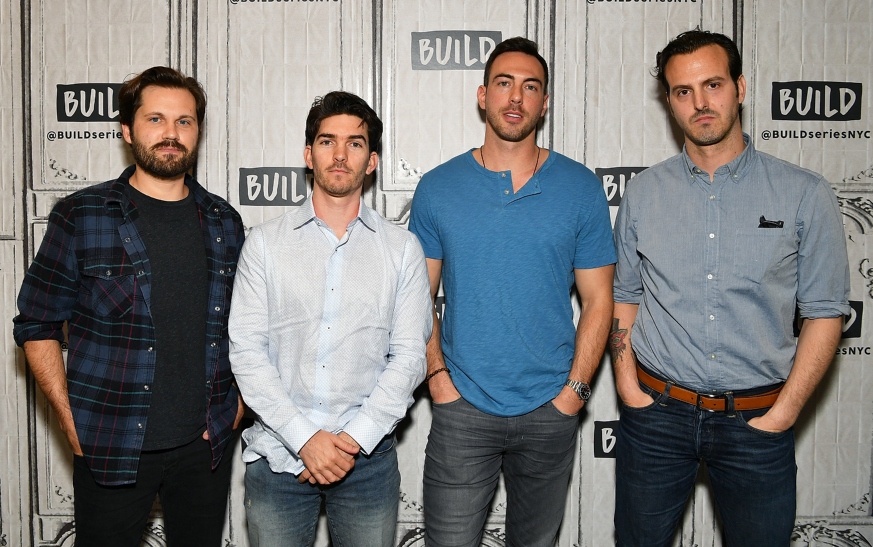 Warning: There are SPOILERS ahead for American Animals. So if you haven’t seen the captivating heist documentary/narrative hybrid then you should proceed cautiously.

Bart Layton has opened up about the friendship between the criminals in “American Animals,” revealing that Warren Lipka and Spencer Reinhard are still best buds, but that Eric Borsuk is now drifting apart from them.

Unsurprisingly, for those of you that have seen “American Animals,” Chas Allen is no longer close to the trio, as they have a huge fight during the film.

I recently spoke to Layton about “American Animals,” and at the end of our conversation I asked if he had an update on Lipka, Reinhard, Borsuk and Allen’s friendship, as the foursome had to spend several years in prison since they were convicted of stealing two priceless books and trying to sell them.

“I am still in touch with them a lot. Yeah, they are. Warren and Spencer are still like best mates. They are very, very close. Eric is drifting apart from them a little bit. They are no longer friends with Chas. As you see in the film they had a bit of a bust up and that put an end to that friendship.”

Layton got so close to the foursome during the making of “American Animals” that he was even able to breakdown why each of them committed the crime.

“They all had very different reasons for doing what they did. That was part of what made it so compelling. One of them just wanted the money. One of them wanted to shake up their entire existence.”

“They wanted to have a story to tell. All of them were looking to something that was going to make them interesting. Or make their lives extraordinary in some way.”

But what was their reaction to the film itself?

“If you trust someone to tell your story, especially when you have done something so misguided, you are going to be really worried about how they are portrayed, so I think they were all incredibly relieved by it. They all responded incredibly well.”

However, while their thoughts were important, Layton was actually much more concerned with the reaction of Betty Jean Gooch, the receptionist that was attacked by the foursome during the robbery.

Thankfully for Layton, Gooch not only had kind words, but it actually helped her to slightly get over the incident, too.

“I was incredibly worried that the librarian felt the film was accurate. She was probably the only person that I would want to make sure was happy, because she was a victim.”

“She was really pleased with it. She was in two minds about being involved. But she gets the last word. She was very pleased because it felt accurate. And, after watching the film, for the first time she felt that she could feel a degree of forgiveness towards them.”