By Pushkala Aripaka and Ludwig Burger
0
comments
Posted on February 10, 2022 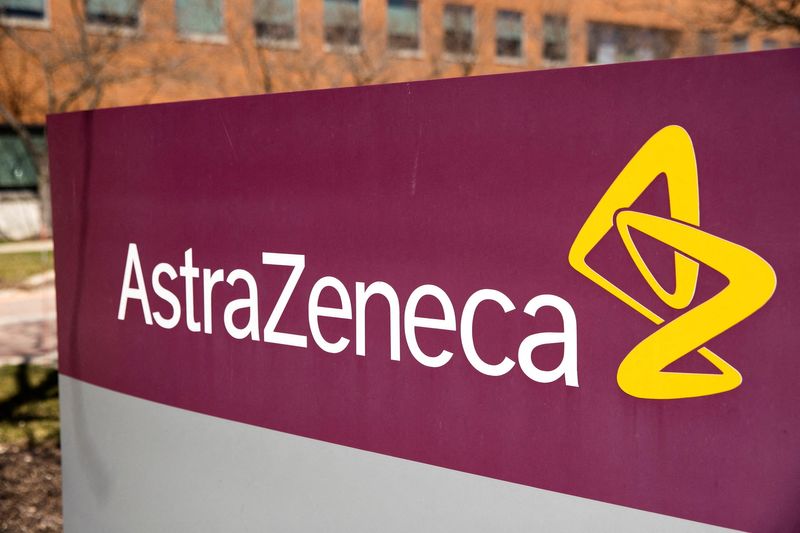 (Reuters) -AstraZeneca raised its annual dividend for the first time in a decade on Thursday and forecast higher sales for 2022 as new drugs against cancer, kidney disease and rare conditions make up for a decline in COVID-19 products.

Early data has shown a booster shot of the drugmaker’s widely-used COVID-19 vaccine and its antibody drug Evusheld both work against the Omicron coronavirus variant.

But while the company forecasts sales of Evusheld to grow this year, it expects that will be more than outweighed by a decline in sales of the vaccine amid growing competition.

AstraZeneca has started earning a modest profit on the vaccine, which was initially sold at-cost under a deal with its developers at Oxford University. But the company said it would continue to sell it to low-income nations on a non-profit basis.

While sales of COVID-19 products are expected to decline by a low-to-mid 20s percentage this year, the London-listed company forecast overall revenues to rise by a high teens percentage, with core earnings up by a mid-to-high 20s percentage.

Its shares were up around 3% at 1215 GMT, among the biggest risers on the FTSE-100 index, as some investors had braced for a weaker performance this year.

“There had been significant investor anxiety coming into today’s guidance issuance, and with overall 2022 consensus numbers not likely to change on the back of the update, we believe the overhang should be largely lifted,” analysts at J.P. Morgan said in a note.

Analysts currently expect 2022 earnings per share (EPS) of $6.68 and sales of $42.73 billion, according to Refinitiv IBES data.

The COVID-19 vaccine, with sales of $3.9 billion, was AstraZeneca’s second best-selling product last year, behind only lung cancer drug Tagrisso, which racked up over $5 billion in revenues.

Rivals Pfizer and Moderna, which have always sold their COVID-19 vaccines for a profit, have forecast 2022 sales for their shots of about $32 billion and $18.5 billion respectively.

AstraZeneca’s ChAdOx1 nCoV-19 shot, sold under the brands Vaxzevria and Covishield with more than 2.6 billion doses supplied as of February, remains a major weapon against the pandemic in middle-income countries.

But it is yet to get U.S. approval and its use in Europe has diminished as countries have inoculated most of their populations and tend to prefer Pfizer and Moderna’s vaccines.

“The vaccine has had a fantastic welcome and reception in Latin America, in Southeast Asia, in the Middle east, in many places around the world,” he said.

AstraZeneca expects to submit the vaccine for U.S. regulatory approval in the first half of the year, much later than the original timetable for 2021.

The company beat fourth-quarter earnings forecasts and said it would raise its annualised dividend by $0.10 to $2.90 per share.

“AstraZeneca continued on its strong growth trajectory in 2021 with … five of our medicines crossing (the) blockbuster threshold,” Soriot said, referring to products that generate more than $1 billion per year in sales.

(Reporting by Pushkala Aripaka in Bengaluru, Ludwig Burger in Frankfurt and Josephine Mason in LondonEditing by Jason Neely and Mark Potter)