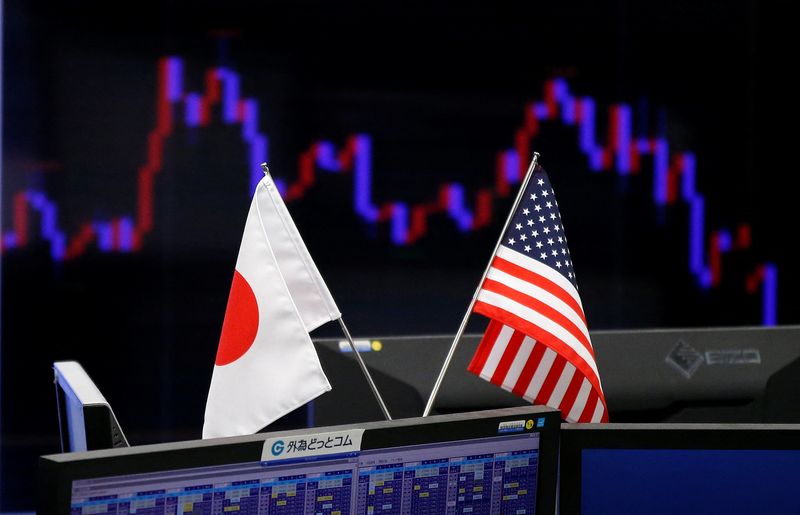 FILE PHOTO: National flags of Japan and the U.S. are seen in front of a monitor showing a graph of the Japanese yen’s exchange rate against the U.S. dollar at a foreign exchange trading company in Tokyo

“The meeting will highlight the strength of the U.S.-Japan alliance, which is the cornerstone of peace, security, and stability in the Indo-Pacific and around the world,” the White House said in a statement.