Boston Ballet’s ‘The Nutcracker’ by the numbers 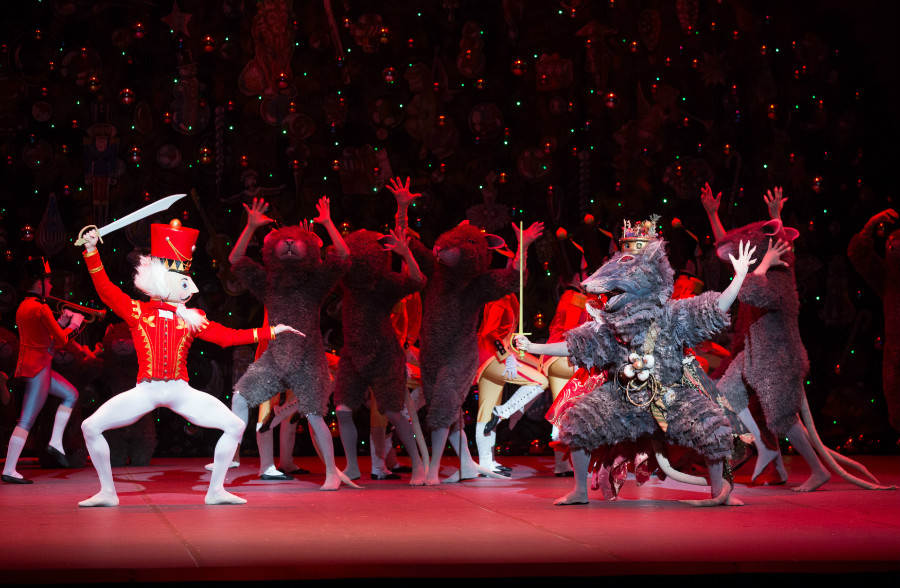 Even the grandiose display of Boston Ballet’s “The Nutcracker” can’t totally communicate the massive amount of artists, time and materials it took. It’s even more impressive considering that artistic director Mikko Nissinen’s reimagined production of the holiday classic was built entirely from scratch in 2012.

He conceived the latest version, set in the Jane Austen-era of the early 1800s, with help of designer Robert Perdziola who turned 40 full-color sketches into striking costumes and sets. “The set design is fantastic,” says lighting designer Mikki Kunttu, who has also worked with the Finnish National Ballet and the Royal Danish Ballet. “It’s among the best I’ve seen.”
Now in its fifth year under Nissinen, the ballet will yet again tell the magical tale of Clara and her holiday adventures with the Nutcracker Prince.
Ahead of its Nov. 25 opening, here’s some background on the how the Boston Ballet puts together such a spectacular performance.
If you go
Nov. 25-Dec. 31
Boston Opera House
539 Washington St.
Tickets start at $35
bostonballet.org
• 182 costumes are used on stage in a single performance.
• More than 350 costumes were intricately produced for production’s entirety.
• 3,600 jewels were adorned on the Sugar Plum and Dew Drop costumes.
• 15,000 yards of tulle trim was fabricated for the Mice costumes.
• 800 metals studs and more than 250 jewels were used for the Snow King’s costume.
• 17 handmade ribbon flowers and 15 silk dupioni butterflies were put on each shepherdess costume.

• Approximately 1,000 yards of hand-painted net fabric was used for the “Waltz of the Flowers” costumes.

• Three pieces of scenery move at once in some scenes, controlled by rigging and tracking systems on monstrous steel cages made by the ballet’s technical staff.

• 600 ornaments and 766 fiber optic points were embedded into the Christmas tree.

• 150 dancers are showcased in each performance.