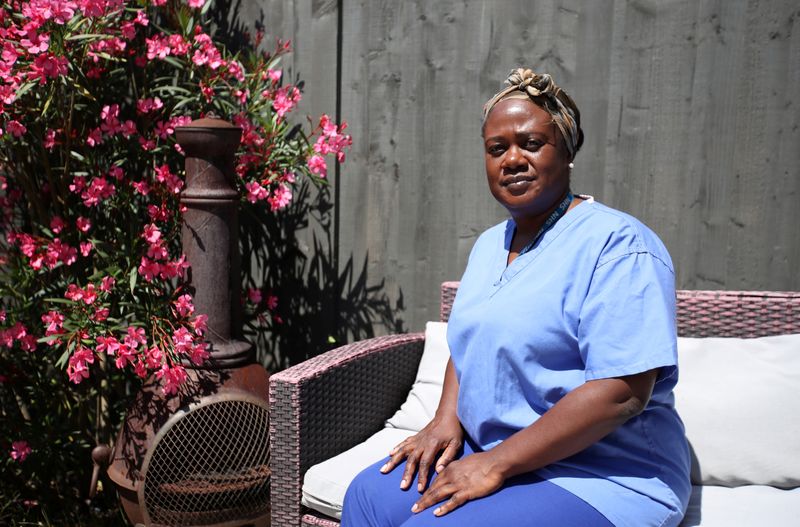 LONDON (Reuters) – Neomi Bennett, a 47-year-old British nurse, said she had chosen this moment to go public about her arrest last year because she felt it was now possible to raise complaints about the treatment of Black people that were previously brushed aside.

“Prior to this, if I ever mentioned the problems, the struggles of being a Black person, you would immediately be shut down and told you’ve got a chip on your shoulder,” she told Reuters in an interview.

Amid global protests against racism and police brutality, sparked by the death of George Floyd in the United States, Britain has been grappling with its own record of discrimination against Black people.

Bennett, who in April 2019 was pulled from her car, arrested and kept in a cell for 18 hours, says she believes she was treated unfairly and aggressively during what she said was a “petrifying” late-night encounter with police because she is Black.

London’s Metropolitan Police deny mistreating her and say she was arrested for refusing to cooperate with an officer’s reasonable instructions.

At various points during the incident in southwest London, Bennett said that she was scared, tried to call a lawyer, called her father, and said she did not want to be touched by any male officer.

An officer said several times that Bennett would be arrested if she did not step out of her car. Footage of the encounter was captured by a camera worn by the officer who spoke to Bennett.

Bennett was then pulled out, handcuffed, arrested and told that she was suspected of having stolen property in her car.

She was later convicted of obstructing a police officer, but appealed against her conviction. In May, her appeal was allowed after prosecutors decided not to oppose it.

In a statement, police said no illegal items were found in Bennett’s car.

Bennett is pursuing a complaint against the police.