Monday marked the 16th day of the government shutdown, but even though your trip to a national park may have been postponed, you can still explore federal lands and learn what exactly those government agencies do when they’re actually open thanks to the Brooklyn Public Library.

A librarian with the Brooklyn Public Library put together a “books for the government shutdown” reading list, suggesting relevant nonfiction texts and even novels in light of the federal halt.

The shutdown is affecting more than 50,000 people in the New York City area, Sen. Chuck Schumer said at a Sunday news conference.

Even if you’re not a federal worker, the government shutdown can impact your life, affecting everything from the Internal Revenue Service (IRS) to FHA mortgage loans for homebuyers.

When you can’t turn to a government agency, you can turn to the library, said Corina Bardoff, the librarian who created the government shutdown reading list.

“I was using this piece of news as a way to highlight library collections and showing all the different things you can do at the library,” she said. “We have novels for pleasure reading, but we also have books to help you file your taxes or if you want to learn how a government agency works, you can read about that.”

Bardoff made the book list through the Brooklyn Public Library BKLYN BookMatch program.

“A patron from anywhere can request a customized, personalized concierge-style list from a librarian,” said Fritzi Bodenheimer, a spokesperson for the Brooklyn Public Library.
No algorithm. just an actual human being. You can say, ‘I loved these kind of books in the past’ or ‘I really want to learn about this subject,’ and they will create a customized list.”

To highlight the news about national parks, like how Joshua Tree recently closed after having issues with clean bathrooms and visitors causing damage, Bardoff included a big pictorial book as well as a narrative memoir of people traveling to different parks. There’s a book on the Smithsonian treasures, since all 19 Smithsonian museums are closed.

Then there’s The Jungle, by Upton Sinclair, which helped prompt the founding of the Food and Drug Administration. Bardoff wanted to highlight fiction, as well, like “The Pale King,” by David Foster Wallace, which is about an IRS agent.

Some selections were lighthearted, but Bardoff knows that people rely on the library for some federal services whether there’s a government shutdown or not.

“I wanted to show people that the library can be a way for you to learn how the government works and also everyday, I definitely help people interact with the government, whether they’re trying to access a service or register to vote,” she said.

“A lot of government agencies, if someone needs help, will refer people to the library [print an application or fill out a form], but also if they say ‘I’m not able to use a computer,’ librarie are a place where you learn to do that,” she added. “We’re often referring people to services like immigration assistance; that’s someone interacting with the government with the help of the library.” 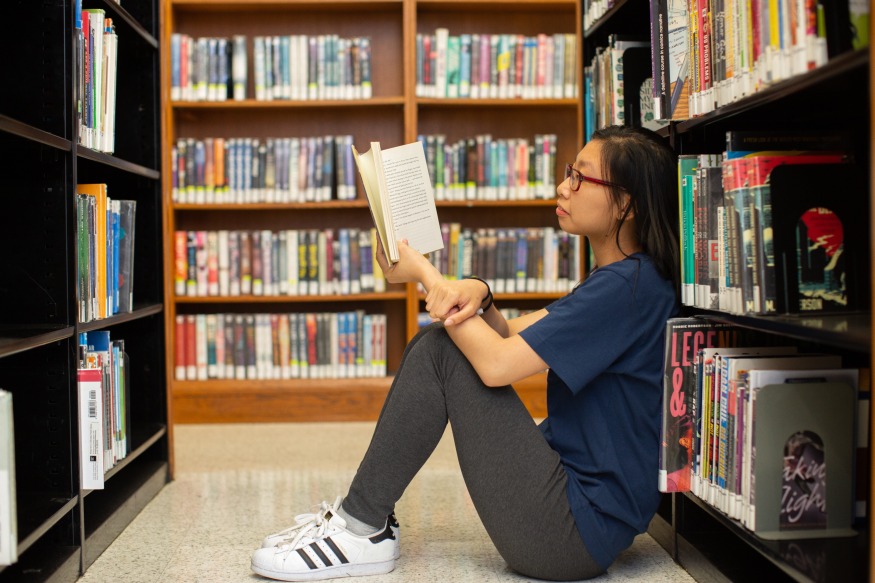 The National Parks: America’s Best Idea by Duncan Dayton
Before They’re Gone: A Family’s Year-Long Quest to Explore America’s Most Endangered National Parks by Michael Lanza
The Jungle by Upton Sinclair
Permanent Emergency: Inside the TSA and the Fight for the Future of American Security by Edmund S. Hawley
Accidental Heroes by Danielle Steel
Environmental Protection: What Everyone Needs to Know by Pamela Hill
Guaranteed to Fail: Fannie Mae, Freddie Mac and the Debacle of Mortgage Finance
The Transformation of Wall Street: A History of the Securities and Exchange Commission and Modern Corporate Finance by Joel Seligman
No One Would Listen: A True Financial Thriller by Harry Markopolos
J.K. Lasser’s Your Income Tax 2019: For Preparing Your 2018 Tax Return
The Pale King: An Unfinished Novel by David Foster Wallace
Smithsonian Treasures of American History by Kathleen M. Kendrick