California Congressional candidate says the Holocaust was a ‘lie’ A California politician who will go up against Democratic incumbent Rep. Mark DeSaulnier in the November midterm says Adolf Hitler was “the greatest thing that’s happened to Western civilization.”

John Fitzgerald, who won 23 percent of the vote in California’s 11th Congressional District, also said that the “alleged ‘Holocaust’ of 6 million Jews at the hands of Adolf Hitler and National Socialist Germany during WWII is one of the most egregious and outrageous falsehoods ever perpetrated.”

According to Media Matters, Fitzgerald appeared on the June 23rd edition of the podcast The Realist Report. The host, John Friend, is reportedly a neo-Nazi. During the podcast, Fitzgerald lamented “Jewish control and supremacy.”

He also praised Friend for his beliefs on Israel and the September 11, 2001, terrorist attacks. Friend believes that the country was responsible. Fitzgerald also said he’s about “exposing the truth about the Holocaust and how it’s an absolute fabricated lie.” 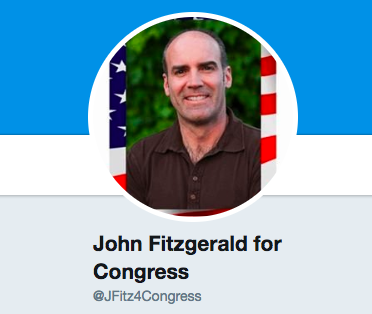 He doubled down on his comments during a June 28 interview, saying that his “entire campaign” is dedicated to exposing “lies” about the Holocaust.

“I’ve really gone on an extreme journey from the standard material that everybody believed to what is considered a very taboo subject, taking on the entire Holocaust narrative and realizing that everything we’ve been told about the Holocaust is a lie,” he said on The Andrew Carrington Hitchcock Show, according to Media Matters.

“So my entire campaign, for the most part, is about exposing this lie.”

In May, the California Republican Party issued a statement against Fitzgerald and urged voters to “reject” him.

“As always, California Republicans reject anti-Semitism, and all forms of religious bigotry, in the harshest terms possible. We reject John Fitzgerald’s campaign and encourage all voters to do the same.”

Fitzgerald also posted anti-Holocaust statements on his website, but he later wrote that “I am not an anti-Semite by any means. I am strictly an honest and ethical person who has the temerity to state fact.”