Cancel all plans: Finale week on TV - Metro US
Television All good things must come to an end, and with May Sweeps in full swing, this week, over twenty shows have series finales — or farewelling fans for good. On Sunday night, Barry, Silicon Valley & The Royals all wrapped up their seasons and last night, Superior Donuts and Lucifer bid adieu. Here’s what to watch the rest of the week before they’re gone.

TUESDAY: New Girl 9 p.m. Fox
After seven seasons and one time jump, New Girl wraps up this week , following Jess and Nick committing to a dog (yawn) and getting engaged (finally!) in last week’s episode. While promotional stills indicate celebrations are afoot, interviews with the cast have hinted at a big last-minute twist — so this might be worth tuning into if you left the series long ago.

WEDNESDAY: Riverdale 8 p.m. CW
Based on the Archie Comics, Riverdale has spent two seasons trying hard to be the Twin Peaks version of Glee with mixed success (and ratings). For the finale, the Black Hood has been revealed, Jughead’s fate hangs in the balance, the election will be decided — but the real reason to watch is to see Cheryl’s next move as she joins the Southside Serpents.  The show has been renewed for a third season, so expect a cliffhanger.

THURDAY: Grey’s Anatomy 8 p.m. ABC
The show that simply won’t end has opted to take the wedding-where-everything-could-go-wrong route for its 14th season finale, with characters Alex & Jo set to finally wed after a few missed opportunities. However, with fan favorite April barely making it out alive last episode (and Matthew also getting slammed) it could be a tearjerker.

FRIDAY: Once Upon a Time 8 p.m. ABC
After losing four of its’ core cast members at the end of season six, the demise of Once Upon a Time was inevitable. However, in a win for fans, the narrative returns to Storybrooke, and real life couple Ginnifer Goodwin and Josh Dallas, who play Snow White and Prince Charming, return for part two of the series –and one last happily ever after. 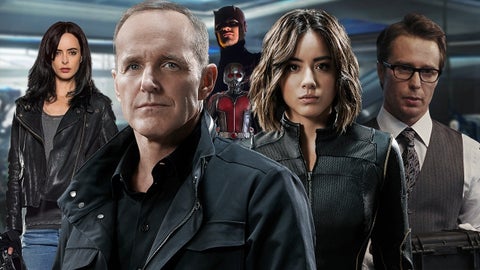