Chelsy Davy: Everything to know about Prince Harry's ex who looked glum at the royal wedding - Metro US
Celebrities

Chelsy Davy: Everything to know about Prince Harry’s ex who looked glum at the royal wedding The royal wedding is over and done with — the happy couple officially became the Duke and Duchess of Sussex — but, among the star-studded guests (Oprah, the Clooneys and the Beckhams, to name a few) were some past flings. Chelsy Davy, whom Prince Harry dated in his early to mid-twenties, and actress Cressida Bonas, whom he was with for two years, were both in attendance.

As it turns out, Prince Harry wasn’t the only royal to invite former flames to his nuptials. According to PEOPLE, Prince William extended an invitation to five of his ex-girlfriends back when he wed Kate Middleton in 2011.

It was rumored that neither Davy nor Bonas was invited to the reception. However, The Mirror reported that Davy did indeed go to the after-party — and she was seen hugging Meghan Markle. Before this exchange, Davy’s unhappy appearance during the ceremony garnered a lot of attention — and memes, lots of memes.

When your ex gets married and you’re at the wedding pic.twitter.com/yXZJWK1v9O

Prince Harry’s ex girlfriends face at the #RoyalWedding is a picture ?#ItShouldHaveBeenMe pic.twitter.com/y1FveSBq6g

Perhaps she felt a bit awkward. Perhaps, as often happens, she was caught at the wrong time. Regardless, the internet had a ball with the Chelsy Davy memes. Here’s what you need to know about her.

The two first got together in 2004 during Prince Harry’s gap year in Cape Town. They traveled around the continent together a number of times and had an on-again, off-again romance for at least seven years. 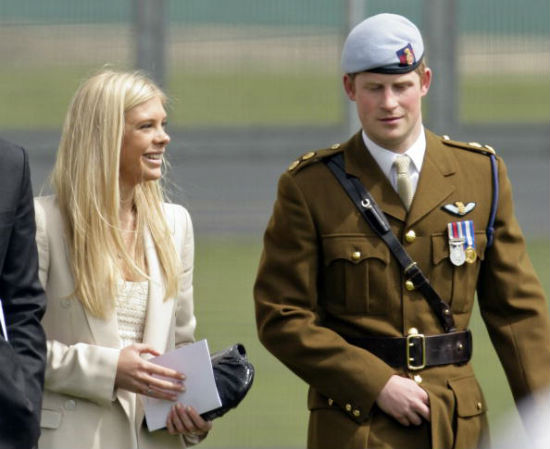 Davy, 32, told The Times back in 2016 that she found the press “tough” during her relationship with Prince Harry, and that it’s “not something you get used to.”

In the past, Davy has been painted as a partier, but she told The Times that her twenties were “quite balanced,” and she “never lost sight” of what she wanted out of life.

When the two officially called it quits, an insider told Marie Claire U.K., “It’s not practical with Harry’s commitments to the Army and his family to be in a relationship with someone in a different country. It was an obvious time for a clean break. … She was distraught when they split last year but it’s different now. She knows she did everything to make it work.”

In 2014, Davy was rumored to be engaged to jeweler Charles Goode, but she is now reportedly single.

Chelsy Davy was born in Zimbabwe and studied in England

Davy, born in Zimbabwe, told South China Morning Post that growing up there was “a magical experience. I was quite blasé about how cool it was as it all seemed so normal. I grew up next to Victoria Falls, saw elephants walk through the town centre. My pre-school was often overrun with monkeys.”

Davy’s family comes from money, and she left for London boarding school at age 14. Later on, she studied at the University of Cape Town where she got a degree in economics before going to Leeds University for a “post-graduate” degree in law. She then worked for the London law firm Allen & Overy.

“The law thing was a challenge,” Davy told The Times. “Ever since I watched A Few Good Men when I was young, I wanted to be a lawyer. I loved the legal minds. But it got to the point that I wanted something that was mine and I also wanted to go home.”

In 2014, Davy withdrew from the world of law and switched gears to start her African jewelry business, AYA.

“AYA is an exclusive [jewelry] range that captures the beauty of Africa through its rare and precious gemstones and exquisite African craftmanship so that each [piece] of AYA [jewelry] embodies the unique charm of Africa,” the AYA website reads.

“Having studied Gemology at the Gemological Institute of America, Chelsy set out to find the finest gemstones in Africa and with a strong belief that education is key,” the company donates to African communities surrounding these gemstone mines. 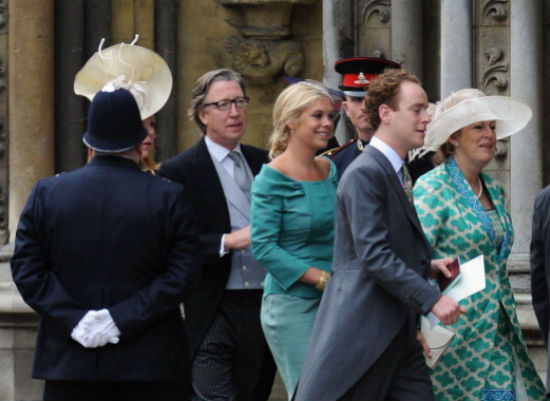 Despite the eventual downfall of their on-again, off-again relationship — the longest one Prince Harry has ever been in — Davy said the two will “always remain friends.”