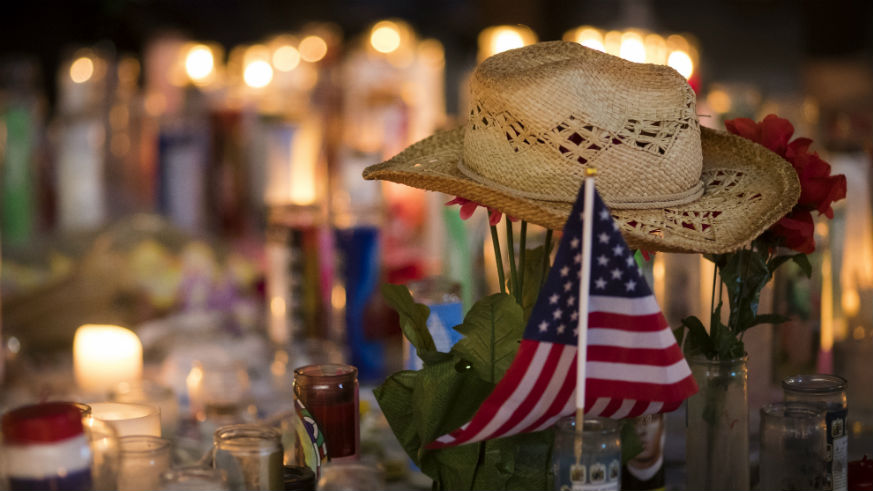 Though this specific one differs from the conspiracy theory that claims the event was orchestrated in order to force stricter gun control laws in the U.S., both ran rampant on YouTube. The Illuminati conspiracy theory was “revealed” by Sheila Zilinsky of the website Weekend Vigilante (and of no relation to the author) on YouTube and Twitter. Zilinsky claims the shooting was organized by the “deep state” Illuminati.

“Folks, this whole thing in Las Vegas. This killing field in front of this sphinx, this pyramid, this obelisk, this is no coincidence…” Zilinsky explains in her YouTube video about the conspiracy theory. “This thing was nothing more than a strategically located blood sacrifice ritual, a death ritual across from a pyramid.”

Who are the Illuminati?

“Illuminati” is a name given to several groups, both real and fake. The real group of Illuminati, the Bavarian Illuminati, a secret organization that aimed to “put an end to the machinations of the purveyors of injustice, to control them without dominating them” during the Enlightenment, according to the book The Society of Enlightenment by Richard van Dülmen. The society was outlawed, along with the Freemasons, but fought against abuses of state power. (You can understand why it would have been outlawed by the state.)

The Illuminati that you’ll hear about in conspiracy theories are purported to belong to any number of secret organizations, and are sometimes claimed to have links back to the Bavarian Illuminati. They’re the group that some people believe are behind the scene, seeking to and sometimes successfully controlling the world in everything from politics to shootings, as seen in the case of the Las Vegas shooting.

Why would someone make that up?

How do these crazy conspiracy theories spiral so out of control? Three main reasons, Adam Klein, who teaches classes about propaganda at Pace University, told Mother Jones: the absence of a clear motive, politicization of the event and, you guessed it, technology. Zilinsky’s YouTube video and Twitter post clearly prove the last point.

So be careful what you see reported about the Las Vegas shooting and Stephen Paddock. Klein explains that since trusted sources and fake news — and everything in between — freely mingle online, a conspiracy theory can easily run rampant because it works its way through a digital ladder. The theory makes its way onto sites like Reddit, fringe websites and (there it is again) Twitter, “which act as incubators, where they allow some of these conspiracies to grow through hashtags, and they graduate onto a mainstream website, a news channel, or a politician who repeats these narratives.”

Klein also told Mother Jones that conspiracy theorists don’t need to change people’s minds to profit from their posts. “They win simply by injecting doubt into the system,” he explains. And what are they trying to distract you from? The real issues. Like how gun control laws seem to be working in states that implement them, like Massachusetts.

“If we’re talking about conspiracies instead of talking about gun control or mental illness or whatever factor that is a legitimate debate to have around this, then they’re winning,” Klein concluded.