Could pinching your nose while you eat keep you from gaining weight? - Metro US
Health

Could pinching your nose while you eat keep you from gaining weight? 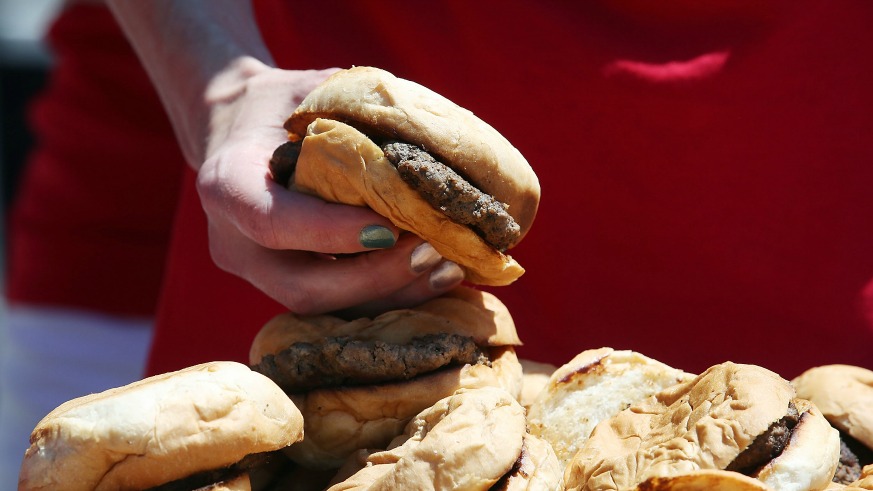 You know the well-worn complaint of many dieters: Some people enjoy burgers and fries without gaining an ounce while others sniff chocolate and pack on the pounds. Well, it turns out that the weight we gain and the smell of our food might actually be related.

According to a new study published in the journal Cell Metabolism, smell may very well be linked to whether or not fat is stored in the body or burned off. For the study, a group of Berkeley researchers split lab mice up into three groups: regular mice, those whose smelling ability got an artificial boost and those whose sense of smell was temporarily impaired. Then, they fed the animals all the same high-fat diet for 14 weeks.

Of course, this was an animal study and hasn’t been tested on humans, but the researchers do believe that their findings, with a bit of tweaking, could one day be applied to humans. The rotund-rodent effect might also have something to do with the fact that delicious-smelling food is far more appealing than food sans scent. Anyone who has ever had a cold can attest to this. Further research needs to be conducted before we draw any serious conclusions.

So while we’re not holding our nose while we chow down on that delicious burger quite yet, we’re excited about the possibility of one day trading a little bit of sweet freshly-baked cookie smell for slimmer thighs and will be watching new research as it emerges.