Former Sex and the City actress turned Gubernatorial Candidate Cynthia Nixon has the web abuzz after ordering one of the most interesting bagel combinations at Zabar’s over the weekend, and New Yorkers are passionately divided.

Making a pit stop at the Upper West Side eatery on Sunday while on the campaign trail, Cynthia Nixon ordered a cinnamon raisin bagel with lox and capers. In addition to the lox and capers, Nixon also asked for red onions and tomatoes, as well as plain cream cheese.

Those passing by were both curious and disgusted by the request. One customer confronted Nixon who assured them she knew what she was ordering. “Yeah, sweet and salty, you’re right.”

Moment later Nixon announced at the counter, “that’s what I want—a full load,” while her campaign manager Rebecca Katz attempted to persuade a local news outlet, Gothamist, from filming the interesting food request.

Nixon thanked the Zaber’s employee behind the counter before leaving and asking him to, “please vote on Thursday.” 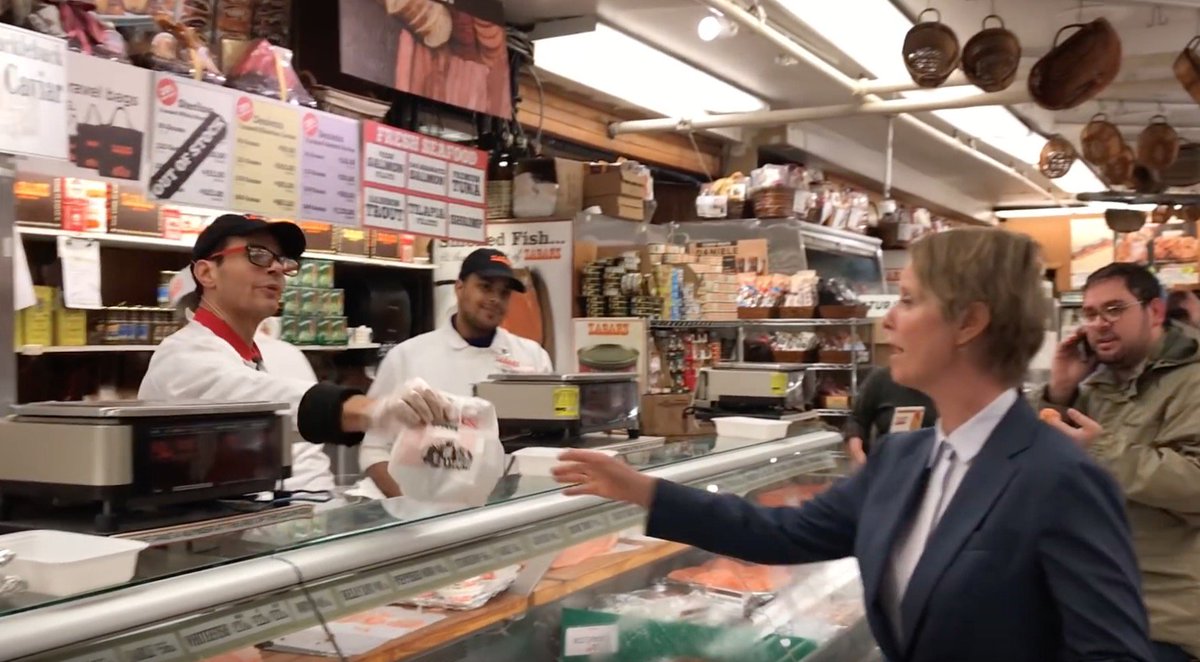 On Monday, Nixon addressed the controversy over her cinnamon raisin bagel with lox and capers, calling it her go-to food choice.

“That’s my go-to. It’s not uncooked oatmeal but it’s pretty delicious and I say — don’t yuck my yum. Don’t knock it til you try it … sweet and salty, it’s an unbeatable combination.”

Here it is, twitter. @CynthiaNixon defends her cinnamon raisin bagel with cream cheese and lox. pic.twitter.com/Bo6Z4Hy9UJ

.@CynthiaNixon attempts to justify a cinnamon-raisin bagel w cream cheese and lox: “That’s my go-to … I t’s not uncooked oatmeal but it’s pretty delicious and I say — don’t yuck my yum. Don’t knock it til you try it … sweet and salty, it’s an unbeatable combination.” pic.twitter.com/mGk1qiUY5L

New Yorker reactions were mixed, with some lashing out in disgust and others defending Nixon’s choice in bagel combo. Some, however, were willing to give the odd breakfast a try.

I’m going to test the #nixonbagel tomorrow for breakfast. I have faith in her order choice. @CynthiaNixon

If you’re troubled by the preferred bagel order of Cynthia Nixon, I’ve got news for you, she once ate chocolate cake out of her garbage

Some simply found the Nixon Bagel-gate silly and hilarious.

Stop trying to schmear Cynthia Nixon. It’s not like she ordered lox & mayo on her #bagel. @CynthiaNixon