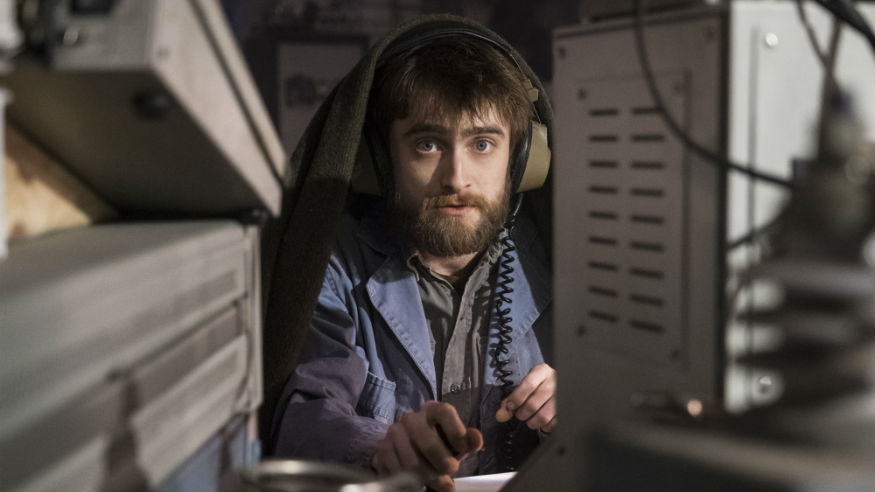 What if the heaven of the Abrahamic religious tradition, which includes Judaism, Islam and Christianity, was a physically real place? This is what former Saturday Night Live writer Simon Rich’s new TBS comedy series, Miracle Workers, imagines with Heaven, Inc., a corporate version of the afterlife. God (Steve Buscemi) is a disinterested CEO who’s hellbent on doing something else. Meanwhile, angels like the lowly Craig (Daniel Radcliffe) must find a way to save Earth.

Adapted from Rich’s novel What in God’s Name, Miracle Workers portrays a grossly mismanaged heaven that has abandoned humanity because of corporate indifference. (Just as humanity, whose numbers have far exceeded God’s original plans for the planet, has largely abandoned him.) It’s part Douglas Adams’ The Hitchhiker’s Guide to the Galaxy and part workplace comedy. As Radcliffe and Rich tell Metro, however, it’s nowhere near as cynical as its descriptions may seem.

It’s also, more than anything, an attempt to imagine heaven as a believable, tactile place one could visit if given the chance.

“We had such a fun time creating the aesthetic of this world,” says Rich. “One of the great finds was this semi-abandoned cyber optics company in Georgia, where we shot the show. It’s this gigantic industrial ruin and it perfectly suited our tone and theme, because it was this ramshackle, decrepit, falling-apart mess of a building. It was a perfect metaphor for our conception of the afterlife.”

“One of our deals with them was that we would be allowed to use any of their garbage as props. So a lot of the props you see in the show itself are actually repurposed pieces of garbage from this abandoned factory building. It’s a great example of cost-cutting, but it also served the show’s creativity really well. We loved that. So did the actors.”

Sure enough, when audiences first meet Radcliffe’s character Craig in the seemingly abandoned Department of Answered Prayers, the bearded loner is found buried in assorted electronics and refuse by newcomer Eliza (Geraldine Viswanathan). The angel has been on his own down there for so long, in fact, that he has literally covered himself up with the equipment he uses to help prayerful humans find their lost keys and gloves.

As Radcliffe explains it, having all of the shooting location’s garbage proved to be a big help. That, and Rich and the writers’ attention to detail.

“When you write a character like this, who has been alone for so long in this ignored department, it makes sense that he’d be all alone in all this stuff,” says the actor. “He’s not really going to be any good at inter-personal relationships with anyone for a while. All of that was mostly in the script already but the location and the props really helped.”

Something else that helps Rich and Radcliffe (not to mention the rest of the ensemble cast) sell Miracle Workers’ Heaven, Inc. is the sheer amount of time that these two have spent developing the series. As the Harry Potter actor recalls it, the pair has been talking about this show since 2015.

“I basically said to him, ‘If you ever do anything with this material, I would love to be involved in any capacity,'” says Radcliffe. “He could have simply done it as a radio play and I would have done it. I love the book so much. It’s such a cinematic story.”

So when Rich called Radcliffe about a year later to tell him that they were going to do it as an anthology series for TBS, the actor jumped at the chance to get involved. It didn’t even matter which role he would play, he tells Metro, so long as it meant he would get to work with Rich on the show. Once the role of Craig fell into Radcliffe’s lap, the pair began workshopping the character in earnest with the other writers.

“As an actor, being a part of that process really invigorates you,” he says. “It means that if and when you get the chance to improvise, it all comes from the same place if the writers are specifically catering the character to your personality. Little words or phrases that I’d throw in here and there. Stuff like that. They’d use it. Simon is a very specific writer but he’s also very collaborative. So if you have a suggestion about your character, he’s generally amendable to it.”

When does Miracle Workers premiere?