By Sudip Kar-Gupta and Dominique Vidalon
0
comments
Posted on March 2, 2021 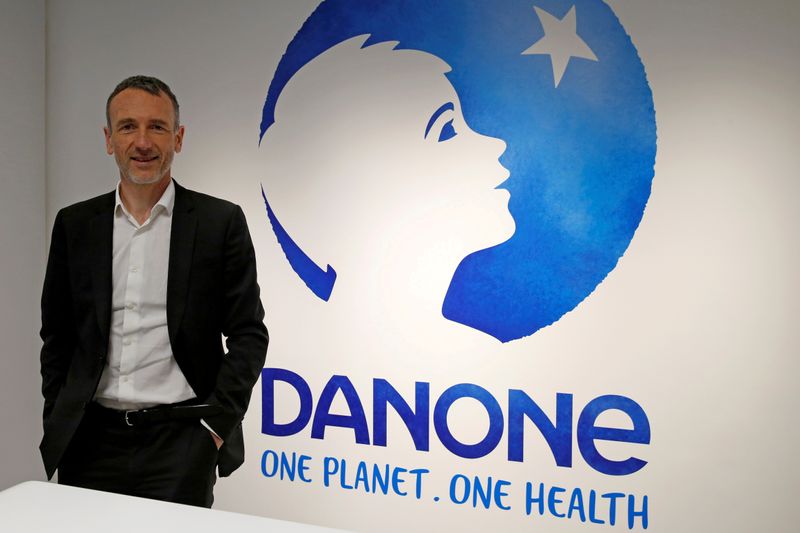 PARIS (Reuters) – An activist investor in French food group Danone said Emmanuel Faber needs to be removed as chairman to allow the company to make a fresh start, rejecting a proposal from the board to hire a new chief executive.

Shares in Danone slipped on Tuesday after the company said Faber – who until now has combined the CEO and chairman roles – would stay on as chairman and oversee the search for a new chief executive.

Bluebell, one of two activist shareholders that have led a campaign for a shakeup, said in a letter to Danone’s Vice-Charman Gilles Schnepp that the changes were a positive first step but not enough.

“For any new CEO to be successful, he/she needs the discretion to independently set the company’s strategy, unconstrained by the decisions of the previous management,” the letter said.

“The continuing role of Mr. Faber as the company’s chairman will have a highly detrimental effect, as it will seriously hamper the ability of the Board to attract the right talent. Judging by the share price reaction this view seems to be shared by the market.”

Bluebell said it strongly recommended that the Danone board reconsider the decision to keep Faber as chairman and instead appoint an independent chairman before a new CEO is hired.

Danone did not immediately respond to a call seeking comment on the Bluebell letter.

The other activist investor pushing for a shakeup, Artisan Partners, has yet to comment on the changes. Artisan is Danone’s third-largest shareholder with a roughly 3% stake.

Danone said late on Monday that Faber – who has been CEO for seven years and took on the chairmanship in 2017 – would stay as a non-executive chairman once a new CEO was found.

Shares in the world’s biggest yoghurt maker initially rose as much as 0.9% before reversing course and slipping into negative territory. By 1629 GMT, the stock was down 2.1% at 56 euros, well below its all-time 2019 peak above 82 euros.

“The market is disappointed by Faber staying on as chairman,” said Gregoire Laverne, a fund manager at Paris-based investment firm APICIL, which owns Danone stock.

“This is not a clean break,” Bernstein analysts said of the plan to split the CEO and chairman jobs.