Every pregnant woman hopes nine months will go swimmingly — with as little stress and complications as possible. However, around 14 to 23 percent of pregnant women experience depression during pregnancy, or prenatal depression, according to the American College of Obstetricians and Gynecologists (ACOG).

Symptoms are consistent with depression (guilt, loss of interest, recurring thoughts of death or suicide, anxiety, persistent sadness, etc.) and can occur due to hormone changes, complications in pregnancy, trauma or family history of depression.

Now, a new study published last week in the Journal of the American Medical Association (JAMA) suggests that millennial women may be experiencing this more than the previous generation.

The results of this survey are as follows.

Of the near-2,400 first-generation mothers, 17 percent recorded high symptoms of prenatal depression. And, of the 180 women in the second generation, 25 percent experienced depression during pregnancy.

Researchers concluded that having “high depressive scores” was more common (51 percent) in the millennial mothers, though it’s important to note that the second sample size is significantly smaller than the first. The authors wrote that, despite the small second generation sample size, they still found the results worthy of publishing to call for increased resources and mental health screenings for pregnant women.

“Given the current interest in increasing rates of depression in young women and the importance of prenatal depression, we feel these results are important,” they continued. “Nonetheless, further replication of these findings would be valuable.”

But what could be causing this prenatal depression in millennials?

“Chronic stress, sleep deprivation, eating habits, sedentary lifestyle and the fast pace of modern life may be contributing to an increasing prevalence of depression among young people generally,” the authors of this study wrote. “The impact of such changes may be amplified when a woman becomes pregnant. This generation of young women has also experienced rapid change in technology, internet and social media use, which has been associated with increased feelings of depression and social isolation and changes to social relationships.”

They added that there’s been a substantial increase of working mothers compared to the 1990s. “[I]nflexible work arrangements and work pressure are associated with greater depressive symptoms in mothers. Difficulties balancing work and home may be increasing.”

They also named financial pressures as another factor that could cause more depression during pregnancy for millennial women.

Important info on depression during pregnancy

It’s important for women experiencing depression during pregnancy to talk to their healthcare provider and come up with a plan, as depression can impact both their and their fetus’ wellbeing.

“It’s difficult for women who are suffering from untreated depression to come to their appointments,” Ellen J. Tourtelot, MD, assistant professor of OB/GYN at University of Rochester School of Medicine and Dentistry, told the American Psychological Association (APA). “Establishing successful breastfeeding after delivery is also much more difficult if the depression isn’t treated before the baby’s birth, since women often give up a few days after birth if breastfeeding isn’t going well.” 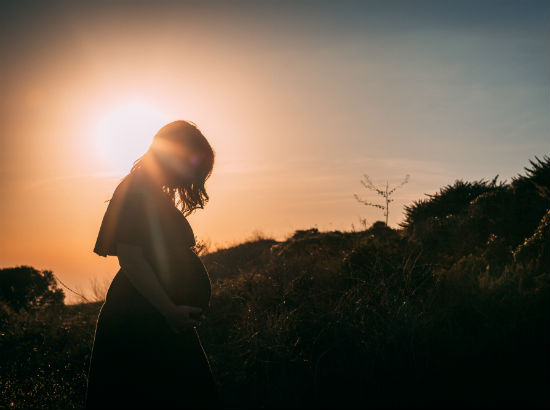 The U.S. Preventive Services Task Force (USPSTF) now recommends that women be screened for depression during pregnancy as well as after they give birth.

For further resources head over to the USPSTF, American Pregnancy Association or support group websites.

“It’s so important that we as a culture talk about how common — and preventable — the experience of depression during pregnancy is,” Sona Dimidjian, PhD, associate professor of psychology and neuroscience at the University of Colorado at Boulder, told the APA, “because it opens the door for women to reach out for help.”