How far can someone go into the dark before they are no longer redeemable? That is the central question to the real-life story of Bryon Widner, told in the powerful new film “Skin,” by Academy Award-winning Israeli director Guy Nattiv.  Widner, an ex-militant neo-Nazi from Indiana, underwent a series of procedures to remove numerous hateful tattoos from his body, including ones on his face, after defecting from the hateful group that he considered his family for so many years.

“My grandfather taught me and my family how to focus on forgiveness and acceptance rather than just being angry all of your life. This was it. This was the story,” – ‘Skin’ director Guy Nattiv 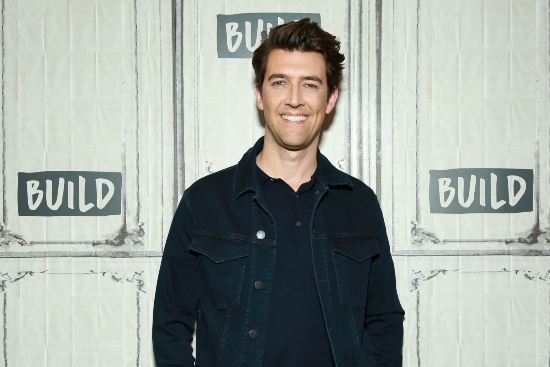 The film stars British actor Jamie Bell in a captivating portrayal of Widner that should rank among the year’s best performances come award season. The film had a long road up to this point, as Nattiv had originally adapted Widner’s tale of redemption as a short film before getting the green light for a full-length feature. Nattiv first heard of Widner’s story while reading a copy of the Israeli equivalent of The New York Times, Haaretz, in a cafe in Tel Aviv, and seeing photos of Widner’s transformation from being fully covered with vile and hateful tattoos to being the upstanding citizen he is today.

“I was blown away that this could happen,” says Nattiv, after realizing he needed to tell Widner’s story on film. “My grandfather taught me and my family how to focus on forgiveness and acceptance rather than just being angry all of your life. This was it. This was the story.”

In the time before many of the hateful attacks we have seen all over the world, film executives on both coasts scoffed at the idea of telling the story of white skinheads from “the backyard of America.” But Nattiv knew he needed to meet with Widner, and got the chance after Widner appeared in the MSNBC documentary “Erasing Hate” in 2011. Once they met, Nattiv knew he was on the right track.

“It was a magical meeting because I was so afraid to meet an ex-skinhead and I was the first Israeli who he met,” says Nattiv. “I was concerned, but he was such a nice, intelligent man who went through a lot in his life. I told him I wanted to tell his story and he said, ‘I would be honored,’ and he signed his life rights on a napkin.”

The film portrays two crucial relationships that helped Widner escape his toxic life: his romantic relationship with his girlfriend Julie (Danielle MacDonald), a single mother of three girls who has experience defecting from the white power community, and Daryl Lamont Jenkins, the founder of the organization One People’s Project which helps to reform white supremacists. Jenkins is played by “Luke Cage” himself, Mike Colter, in the film and remains one of Widner’s closest friends to this day.

Nattiv was so blown away by the amazing work that Jenkins has done over the years that he is already planning on writing a film to tell his life story in the future.

“Daryl became a friend and like family to me,” says Nattiv, of his admiration for Jenkins. “Whenever I have a screening with him and do Q&As … After every screening, I say, ‘There are a lot of superhero movies right now and superhero stories. But, the real superhero is here right now, Daryl Jenkins.’  And he always gets a standing ovation.”

“Skin” will be in theaters and on demand July 26.

Watch the trailer for Skin directed by Guy Nattiv below…