‘Dont Look Back’ captures a time when celebrities were less savvy 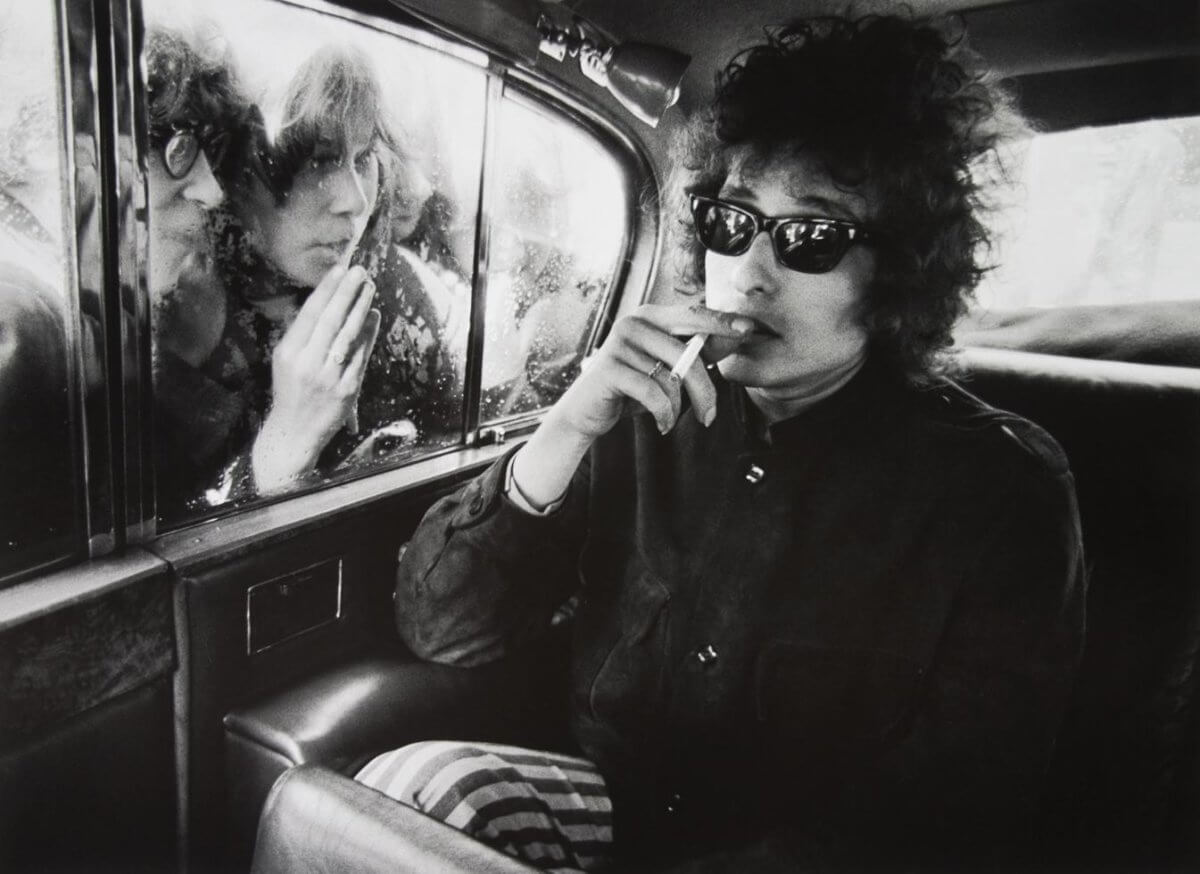 ‘Dont Look Back’
The Criterion Collection
$39.95

Bob Dylan has said he was only sort of aware he was being filmed. He was in England on his 1965 tour when D.A. Pennebaker, one of the key proponents of the fly-on-the-wall American documentary school known as “direct cinema,” started following him around with a portable camera mounted on his shoulder. At the time consumer-grade film cameras were still relatively new, having been invented in the 1950s. And yet Dylan still assumed the filming was something or other for the record company, tied in to advertising wing of his empire. He didn’t know it would turn into “Dont Look Back,” recently Criterionized, and which was released two years after and which would become not just one of the most famous rock docs but one of the most famous docs period.

RELATED: How David Lynch’s “Mulholland Dr.” is both a movie and a TV show

A “Dont Look Back” today — one that gets candid, sometimes unflattering footage of a celebrity in his or her early days — would be virtually impossible, what with the army of publicist and label goons helping meticulously shape a pop star’s image. It’s also impossible in an age when all of us, celebrities and plebes, are aware of our image, whether filmed by others or self-disseminated over social media. Back then, with “amateur” filmmaking still in its larval stage, even someone of Dylan’s stature would still have blinders on. Once Pennebaker got access to him, it was, far as nabbing material goes, a lawless Wild West.

And Dylan gave him a lot. Much has been made, including by Dylan himself years later, of his, shall we say, impolite behavior around Time reporter Horace Freeland Judson, whose main passion was as a historian of molecular biology but who, to the 24-year-old musician, was a fuddy duddy embodiment of an establishment he felt needed taken down. Equally uncomfortable, but in a different way, is his tete-a-tete with a younger reporter, Terry Ellis, who would soon co-found Chrysalis Records. Ellis gets too relaxed and chummy around Dylan, who alternates between friendly and sarcastic, firing not-so-subtle putdowns through an evil smile.

Most of the time, though, Dylan is just being him, and any evasiveness is only the kind he gives anyone one-on-one, without any cameras around. He knows when to engage, usually with friends (like road manager Rob Neuwirth), sometimes with fellow tourmates (Joan Baez, for a stretch; Donovan, briefly). He also knows when to stay willfully aloof, as when Baez tries to get touchy with him and particularly his explosion of hair. By 1965 Dylan was already a god, and had already encountered a nation of boos back home for going electric. (When we see him, he’s strictly acoustic, and seems testy as he flies through the likes of “The Times They Are a-Changin’”) He’s a genius who knows he’s a genius but still has that youthful recklessness. He comes off as somewhere between human and superhuman

“Dont Look Back” isn’t judgmental, and it isn’t even reality presented unvarnished. Anyone who works in nonfiction will tell you documentaries are, in a sense, nearly as sculpted as a fiction film, comprised of whatever material happened to be snapped up as it happened. In his essay that accompanies Criterion’s lavish set, writer Robert Polito cites Pennebaker comparing his approach to novelist William Gaddis (“The Recognitions”), where dialogue is often unattributed to characters and therefore cacophonous. That also describes the chatter captured in “Dont Look Back,” where the smudge of people talking is mirrored by the smudge of the film’s grainy 16mm look. Pennebaker was shooting without extra lights, sometimes in dim rooms, turning one of history’s most famous musicians into a black-and-white pointillist Seurat painting.

It was even experimental for one of the era’s docs. The lack of onscreen text, which would identify people like new ex-Animal Alan Price or surly Dylan manager Albert Grossman, was a departure from previous direct cinema films. That includes movies Pennebaker worked on, like Robert Drew’s “Primary,” which still peppered TV news-style reportage (stentorian narration, names) amidst the on-the-fly coverage. It showed that Pennebaker, like the Maysles brothers, was viewing documentary as an art form, not just a branch of journalism — and an art form as vital as the musicians he would film here and subsequently in “Monterey Pop,” “Original Cast Album: Company” and “Ziggy Stardust and the Spiders from Mars.” “Dont Look Back” both exists in tandem with Dylan and apart from him — a film that just happens to be about him that works on its own.