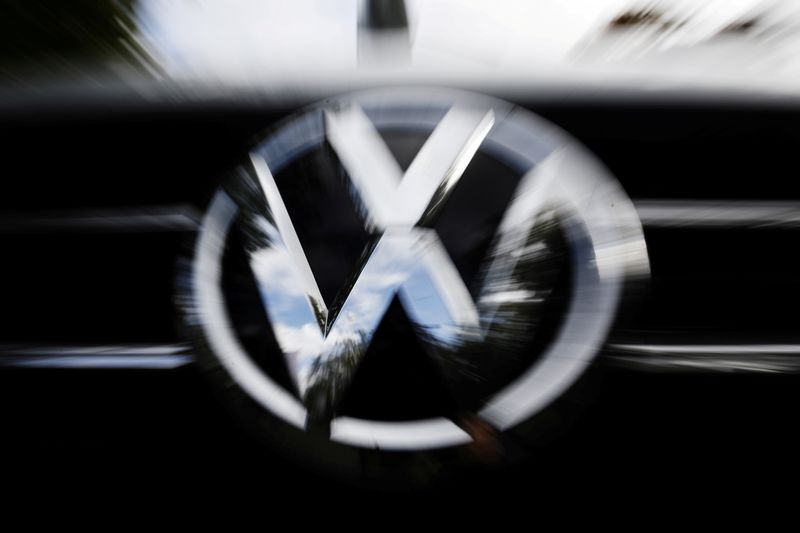 BRUSSELS (Reuters) -Software Volkswagen AG used to alter pollutant emissions based on the temperature and altitude is illegal unless it prevents potentially dangerous sudden damage to the engine, an adviser to the EU’s top court said on Thursday.

The finding, if confirmed by the Court of Justice of the European Union (CJEU), is the latest step in a series of cases following the German carmaker’s 2015 admission of wrongdoing in the Dieselgate scandal.

Judges at the CJEU typically follow opinions of the advocate general, but are not bound to.

Volkswagen said the temperature windows used in VW group vehicles was permissible because their their purpose was to prevent sudden and immediate risks of damage to the engine.

The case, brought by consumers in Austria, centres on software controlling a valve that recirculates exhaust gases from the engine outlet. This reduces emissions of nitrogen oxides (NOx), which can cause respiratory problems in humans.

The software shuts off the valve at temperatures outside the range of 15-33 Celsius (59-91 F) and at altitudes above 1,000 metres (3,280 feet), increasing NOx emissions. The consumers contend this is a prohibited defeat device, for which they should be compensated.

In his legal opinion, CJEU advocate general Athanasios Rantos noted the court ruled last December that emissions-rigging software was illegal, even if it contributed to preventing ageing or clogging up of the engine.

Rantos said the temperature window was not representative of real driving conditions in Austria and neighbouring Germany, as the average temperature was significantly lower than 15 C. Vehicles would also often be driven above 1,000 metres.

The software was a “defeat device”, he said, and could only be justified if a malfunctioning of the valve had a sudden impact on the engine, such as a power failure while being driven, even if the vehicle undergoes regular maintenance.

The advocate general said that it was for the Austrian courts to determine where the defeat device was necessary. He added that one court had said this was impossible to do.

(Reporting by Philip Blenkinsop in Brussels and Christoph Steitz in Frankfurt; editing by Barbara Lewis)