Everything to know about HBO documentary Queen of the World When I think of the royal family, I imagine them up in the clouds on gold-plated thrones — like the gods in Disney’s Hercules. Us mortals will get to know Queen Elizabeth II and her disciples a little better next week when HBO premieres a new documentary, Queen of the World.

The film was produced by Oxford Films, also behind the 2017 documentary entitled “Diana, Our Mother: Her Life and Legacy.”

Queen of the World is directed by Matt Hill and written and produced by Robert Hardman (whose book of the same name came out this month).

It was filmed over the course of a year and features never-before-seen footage from Buckingham Palace and other royal destinations. Also included are scenes from the private film archives of the Queen and husband Prince Philip, Duke of Edinburgh, which will showcase her early years as Head of the Commonwealth.

She’s welcomed a younger generation of leaders by her side, like the ever-popular Princes William and Harry. The film is meant to “tell the story of how the Commonwealth has been a central focus and passion throughout Her Majesty’s life,” but also how she’s making room for the modern royals.

Here’s everything we know about Queen of the World coming to HBO.

Queen of the World plot

HBO describes the documentary as follows: Queen of the World offers “insights into Her Majesty The Queen’s role as a figure on the global stage, and the baton she is passing to the younger members of the Royal Family as they continue to build upon the Commonwealth.”

The British monarch rules over the U.K. and the rest of the Commonwealth nations — 53 total — which are made up of 2.4 billion citizens. This represents almost one-third of Earth’s human population. It’s no wonder she’s Queen of the World.

Queen of the World cast

While Queen of the World focuses on the Queen (of course), there are behind-the-scenes moments with Prince Charles, her son and heir apparent to the throne. Charles’ wife Camilla, Duchess of Cornwall, is also among those featured in the documentary. 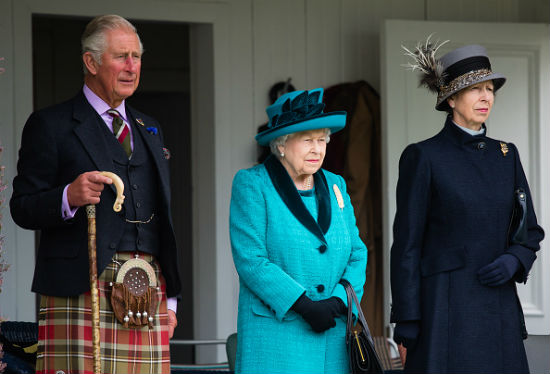 Princess Anne, the Queen’s daughter, makes appearances as well, and we’ll get to see royal couples Prince William and Kate Middleton as well as Prince Harry and Meghan Markle.

Viewers will learn more about Prince Harry’s role as Commonwealth Youth Ambassador, according to Express.

Key moments include Markle reuniting with her dress and veil for the first time since the royal wedding this past spring. Her comments are cited to be the first public interview she’s given as Duchess of Sussex.

“When she saw the dress, she was really excited to see it and spend time looking at it,” executive producer Nick Kent told Entertainment Tonight.

Markle reveals that a patch of blue fabric from the dress she wore on her first date with Prince Harry was secretly sewn into the gown. And Kent said that, in the film, Markle looks for that bit right away. It was her “something blue.”

“[I]t’s a mistake to think that the monarchy stays the same,” Kent continued, referencing Markle. “In a sense, reinventing how you fulfill your duties as a member of the royal family is something that’s not a new thing. So in a funny way, she’s kind of following in the tradition of queen herself and Princess Diana.”

Queen of the World trailer

In the documentary trailer, you hear Prince Harry tell Palace staff of the Queen, “If you suddenly bump into her in the corridor, don’t panic.”

Queen of the World release date

Queen of the World already premiered overseas on the U.K.’s ITV network on September 25.

It’s reportedly an hour long and will be available to subscribers of HBO Now as well as HBO Go users with a basic TV provider.

Get ready to get cozy with the Queen (on her golden throne in the sky).