Future Man season 2 gets weird, according to Derek Wilson and the showrunners – Metro US
Television

Future Man season 2 gets weird, according to Derek Wilson and the showrunners When the first season of Hulu‘s Future Man dropped in late 2017, audiences had no idea what to expect. On the one hand, co-creators Kyle Hunter and Ariel Shaffir’s science fiction romp across time with stars Josh Hutcherson, Eliza Coupe and Derek Wilson was as ridiculous as everything else executive producers Seth Rogen and Evan Goldberg had ever done. On the other hand, it felt like something entirely different, and Future Man season 2 is no different.

Things are not as they seem when the premiere episode begins. Josh Futturman (Hutcherson) thinks he, Tiger (Coupe) and Wolf (Wilson) have saved future humanity from near extinction. Unfortunately, this means that his timeline thinks he’s a murderous terrorist and has sentenced him to prison accordingly. Or, at least that’s the way things appear at first.

“They were really trying to up the ante on the first season, which can be risky and even a little scary since this show is so different,” says Derek Wilson, who plays the time-traveling warrior Wolf. “How do you take these characters we already know and put them in a place that should be familiar but isn’t? It’s a twisty fish-out-of-water story. They’re totally unfamiliar with the world of season 2 and have to renegotiate their lives all over again. Doing that, constantly trying to reinvent everything, is what makes this show challenging but fun. Kyle and Ariel somehow manage to do it.”

With a laugh, the actor adds, “The table reads for the show are so fun!” 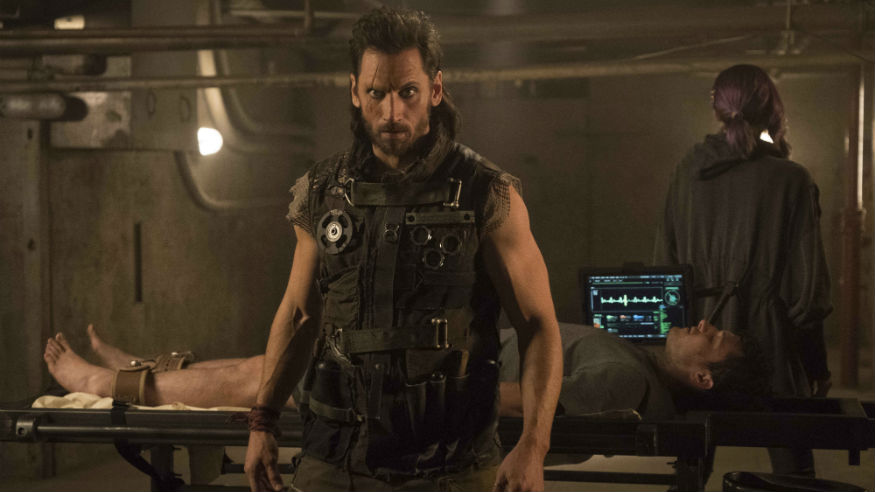 “We wanted to make sure that the second season didn’t feel too much like the first. That we weren’t treading over the same kind of terrain. We knew that we wanted to set it in the future,” Shaffir tells Metro. His partner in crime, Hunter, adds that they “knew we wanted the next season to take place in the future. That was on our wish list before we got picked up, and then once we got picked up, we then had to wrap our heads around it production-wise. With what amounts to a half-hour TV budget, how you can actually create a future? It can’t be like all white and clean. It’s gotta be dirty.”

“No flying cars, either,” jokes Shaffir.

Luckily, as Wilson puts it, his character Wolf is highly “adaptable” in the face of the many changes that Shaffir, Hunter and the other writers have tossed his way. So too are Hutcherson and Coupe’s characters, albeit with varying degrees of success.

“If he’s uncomfortable in a particular moment, just give him a couple minutes to just study up and he’ll find a way to assimilate,” the actor explains. “It’s not to say that he isn’t challenged, because he is, but he finds love in places that you wouldn’t expect this season. I really love that. And it’s all about surprising the audience by surprising these characters and making them adapt to their new situation. They all have to find ways to become comfortable within it.”

“We really leaned into the strange this season,” Shaffir admits. “But these actors make our jobs easy because they are so trusting of the process. There’s so many special effects and big concepts to deal with. Plus, we shot a lot of things out of order, so they really had to trust that we were going to make this new season work. That we would be able to put all the pieces together.”

When does Future Man season 2 premiere?