‘Game Of Thrones’ is killing this city - Metro US
Television

‘Game Of Thrones’ is killing this city

As a major shooting location in ‘Game Of Thrones,’ the Croatian city of Dubrovnik has seen a major rise in tourism ever since the show premiered in 2011. This popularity has pushed Dubrovnik to breaking point, though, and there’s now even a chance that it’s going to lose its status as an Unesco World Heritage Site because it has become so overcrowded.

Unesco are considering taking this drastic action after the huge decrease in the population of Dubrovnik’s Old Town, which now only has 1,157 inhabitants compared with 5,000 in 1991. Dubrovnik broke its tourism daily record in August 2016, when 10,388 bought tickets to enter the Old Town. It is believed, because of the increasing popularity of ‘Game Of Thrones’, that record has probably been topped over the last few weeks of August 2017.

The crowds and noise from the tourists in the summer has reportedly forced people to move out of the city, while, in the winter, movie crews then arrive to shoot the likes of ‘Game Of Thrones,’ ‘Star Wars’ and ‘Robin Hood.’

The impact on Dubrovnik came to a head last summer when Unesco stated that the amount of tourists visiting was having an adverse effect on the actual running of the city. Only one bar in Dubrovnik is now frequented by locals, while the fish market in Old Harbour doesn’t open. 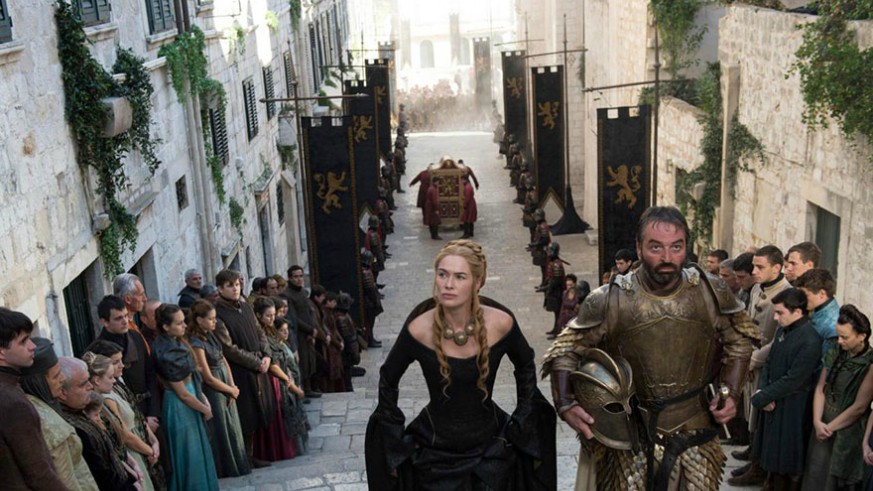 In response, Mayor Andro Vlahusic decided to limit the visitors to Old Town to just 8,000, and he even installed 116 surveillance cameras to keep track of the amount of people that come in and out. The problem is Vlahusic was replaced as Mayor by Mato Frankovic in June 2017, and he is yet to reveal how he will attack the problem.

One of the major issues is the sheer amount of cruise ships that visit Dubrovnik in the summer, which rose from 463 in 2014 to 529 in 2016. It’s hard to keep track of how many people are on these ships, though, which is why the limit of 8,000 passengers at any one time is regularly exceeded in the summer.

Speaking to the Telegraph, local councillor Ljubo Nikolic detailed the reasons why Dubrovnik’s status as a World Heritage Site is under such serious threat. “The most important ones are the absence of both a city management plan, and a tourism strategy focusing on cruise ship tourism,” he explained. “The Institute for the Restoration of Dubrovnik (delegated by the City Council) has made a great effort to develop a detailed city management plan, which should be deployed by 2019. The tourism strategy document has stalled and I have no information whether that project is continuing.”

‘Game Of Thrones’s’ eighth and final season is only going to increase the city’s exposure, attraction to tourists, and, thus, make matters worse, so this plan needs to be put into motion very soon. Here’s hoping that Frankovic is more Jon Snow than Cersei Lannister.