Going sockless is trendy but has nasty side effects, including an infection common in WWI - Metro US
Health

Going sockless is trendy but has nasty side effects, including an infection common in WWI Pharrell does it. So does Conor McGregor and singer Sam Smith.

We’re talking about wearing shoes without socks — especially dress shoes. The trend dates back to at least 2004, but it’s gained traction in 2017 thanks to all the famous faces eschewing socks for free feet.

Going sockless on purpose might show you’re on trend, but the style isn’t without dangers. The reason: feet sweat, especially male feet.

“The average feet sweat about half a pint a day,” podiatrist Emma Stephenson told the BBC Newsbeat. “Too much moisture and warmth can lead to fungal infections such as athlete’s foot.” 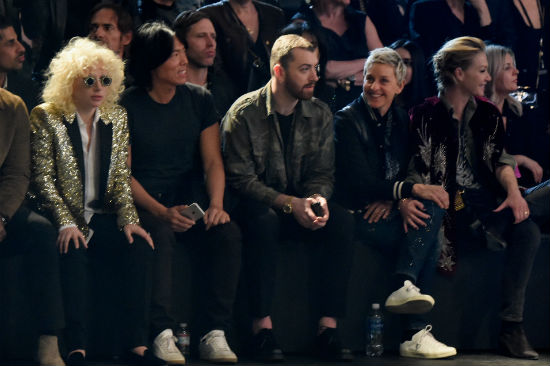 If the threat of itchy feet and yellow toenails isn’t enough to stop you from going sockless, this might: trench foot.

“One of the worst incidents I’ve seen is a 19 year-old man who worked in a car wash. He had very sweaty feet and trench foot,” Stephenson told the BBC.

What is trench foot?

Never heard of trench foot? You’re not alone: Trench foot dates back to World War I, where soldiers spent long periods of time fighting from the trenches without extra socks or boots to help keep their feet dry.

And it killed an estimated 75,000 British soldiers and an additional 2,000 American soldiers during the war.

Trench foot might not be as deadly today, but it can have serious side effects. Prolonged foot exposure to cold and wet conditions can eventually lead to numb feet and, in the worst cases, impaired nerve function and circulation in your feet. Trench foot can eventually lead to complications like severe blisters, gangrene, an inability to walk and even amputations and permanent nerve damage.

How to prevent trench foot

Dry socks play a huge role in preventing trench foot, so avoid the no-sock trend with dress shoes and only give your toes space in sandals. If your feet are wet, make sure you get them dry as soon as you can — or at least change into dry socks. Advil and other pain relievers can help alleviate blisters that come from prolonged exposure to moisture, too.

And if you just have to go sockless? Stephenson recommends applying antiperspirant to your feet before slipping into your shoes.