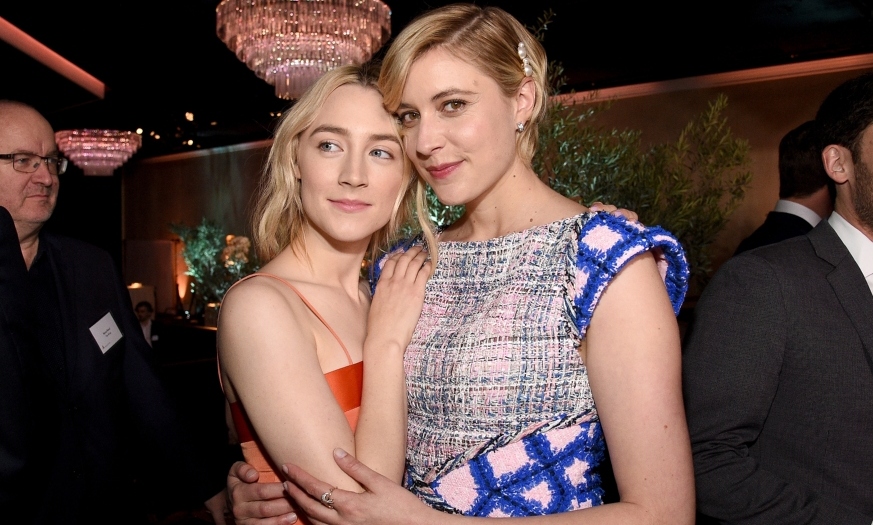 Saoirse Ronan has opened up about the impact that working with Greta Gerwig on Lady Bird had on her, revealing that she is now planning her own foray into writing and directing because of it.

Ronan made this admission to me when I sat down to talk to her about her role in “On Chesil Beach,” the romantic drama that is out on Friday. Towards the end of our chat the conversation turned to “Lady Bird” and Greta Gerwig, at which point I asked the Academy Award nominated actress whether she had her own plans to write and direct.

“I always had done. And sort of put it to the back of my mind a bit. Then when we were doing press I just kind of watched Greta talk about how she started and why she wanted to direct it now and how tough it was to get this film made and how many people said no to it. I just found it really inspiring.”

“I’ve always looked up to her since I have seen her work. So seeing her go, ‘I did it and I can do it,’ made me think, ‘Maybe I can do it as well.’ It’s mad. And that’s the power of films and music I suppose. You want to be able to see yourself in someone you look up to. And if you see them do well you believe that you can as well.”

As well as detailing how inspiring watching Gerwig work on “Lady Bird” had been on her, Ronan admitted that will collaborate with the writer/director/actress and the rest of the film’s cast and crew again in the future.

Ronan then tried to discuss the impact that “Lady Bird” has had on her, something was a little difficult because the film and its production are still so fresh in her memory.

“I mean it wasn’t that long ago. It was only a couple of months ago. It is so fresh still. I don’t think that the excitement that people have the film has died down.”

“I still have people coming up to me saying that they have seen it for the fifth time and they have brought their friends and parents to see it.”

“It seems to be something that has grown on and on and has had a life of its own after its release and the awards. Which is all you can hope for. It is a special film. And I know it is special to so many people, who keep on sharing that with me.”

“Lady Bird” was one of several recent releases that highlighted the demand for more representation in cinema, each of which Ronan called “important films.”

“For me, you don’t want to get too political about it necessarily,” Ronan continued. “I think if you just let a film do what it is supposed to, which is to be a truthful representation of a world or a story or a person or a people, then it takes on this other meaning of being an important film for a generation, or just this year even.”

“That’s nice. I feel like a lot of the films had that gravity to them, like ‘Get Out’ and ‘Black Panther’ and even ‘Wonder Woman.’ They were all very different types of films, but they were films that we just haven’t been given. And that’s what people have been excited about.”