Director David Yates’ revelation that the sexuality of Jude Law’s incarnation of Albus Dumbledore won’t be explicitly explored in Fantastic Beasts: The Crimes Of Grindelwald has left fans furious.

Yates sparked the controversy during his interview with Entertainment Weekly earlier this week when he responded to the question of whether the film will make it clear Dumbledore is gay with, “Not explicitly.”

“But I think all the fans are aware of that. He had a very intense relationship with Grindelwald when they were young men. They fell in love with each other’s ideas, and ideology and each other.”

Twitter soon erupted in anger at this news, as people pointed out that it shouldn’t be an issue to at least cover this ground because, after all, it is the year 2018. Here’s some of the best responses to have graced the world wide web.

Let’s all just agree that you don’t get brownie points for saying a character you wrote or filmed is gay if they’re not actually, you know, gay in any way.

You’re making a movie about a man going to war against the man he loved, and you’re telling me that tidbit somehow isn’t relevant to the story?

How is it that we can have MOONLIGHT win Best Picture last year, have a bunch of films representing the LGBTQ+ community this year be recognized with awards, but major films still won’t make a character explicitly queer?https://t.co/DO9oL9TR5M

jkr: dumbledore is gay lol
fans: okay but u didn’t put it in the source material
jkr: i know lol
*ten years later*
fans: okay you’ve got a chance to put it in canon now
jkr: hehe lol i know
fans: so are you gonna
jkr: no lol

J.K Rowling was soon bombarded with messages from furious fans, too. So much so that the author and screenwriter, who is writing “Fantastic Beasts: The Crimes Of Grindelwald,” took to Twitter to respond.

Being sent abuse about an interview that didn’t involve me, about a screenplay I wrote but which none of the angry people have read, which is part of a five-movie series that’s only one instalment in, is obviously tons of fun, but you know what’s even *more* fun? pic.twitter.com/Rj6Zr8aKUk

This is the latest dose of controversy to engulf “Fantastic Beasts: The Crimes Of Grindelwald,” as the film was also criticized for casting Johnny Depp in the role of the titular villain after he was accused of domestic violence by his ex-wife Amber Heard.

“The Crimes Of Grindelwald” marks the second of five planned installments in the “Fantastic Beasts” franchise, a spin-off of the “Harry Potter” series.

“Fantastic Beasts And Where To Find Them” was released in November, 2016, and grossed $814 million worldwide, while “The Crimes Of Grindelwald” will finally follow on 16 November, 2018. 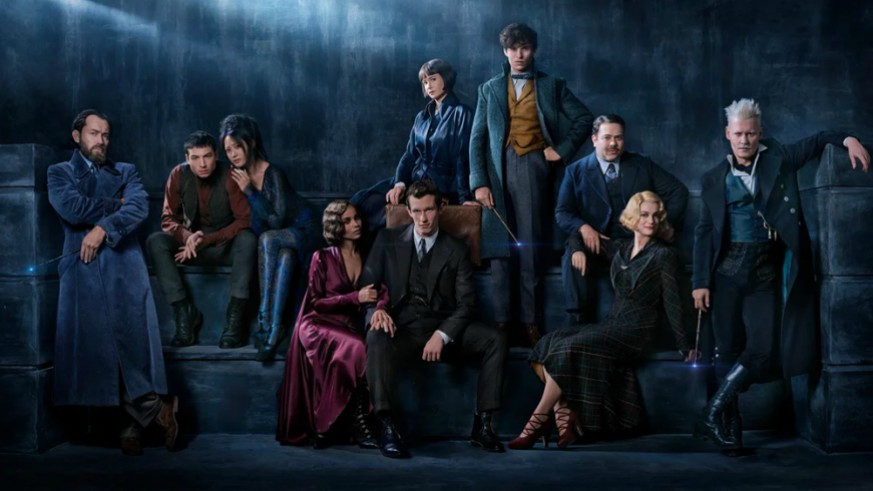