Here are NYC’s Michelin-starred restaurants for 2018 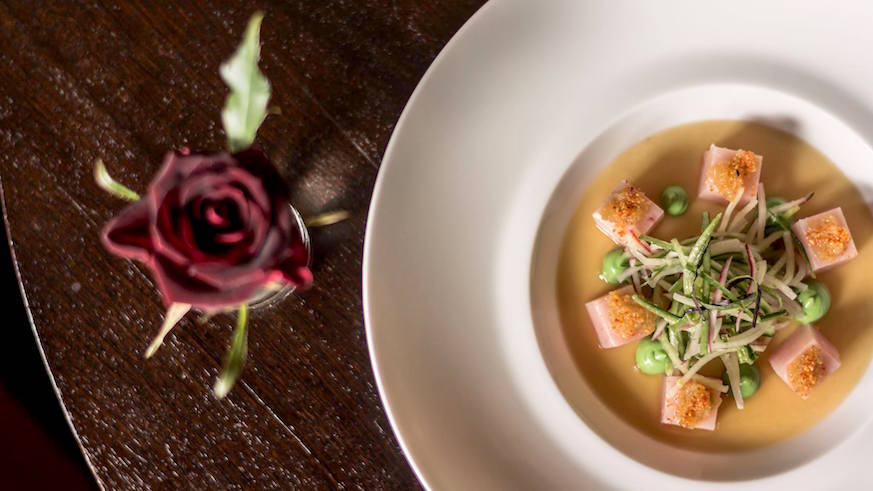 Upscale English spot The Clocktower in the Flatiron District is a newcomer to the Michelin Guide in 2018. Credit: Facebook

The 2018 Michelin Guide to New York City has arrived, dishing out another shocking demotion for a longtime classic and a new milestone for Japanese restaurants.

The list of 72 restaurants considered the best in the city was assembled by a team of anonymous inspectors and spans three boroughs — Manhattan, Brooklyn and a lone Queens entry. Michelin’s Bib Gourmand guide to the best affordable restaurants, was released last week.

Jean-Georges Vongerichten’s flagship, Jean-Georges, was docked one star by Michelin, dropping it to two-star status.

“It was a difficult decision for us to make,” Michelin Guide director Michael Ellis told Eater. “Unfortunately, we saw a slow glide downward. It started off with small things … and it didn’t get any better. It was kind of on cruise control.

“Our hope is that he’ll be able to get that third star back very quickly.”

The last time the guide demoted a New York City restaurant was in the 2016 guide, when chef Daniel Boulud’s Daniel was knocked down a peg from three stars to two, where it remains on the 2018 list.

Despite the New York Times’ scathing review of Per Se, the classic French restaurant retained its three-star Michelin rating.

In happier news, Sushi Ginza Onodera in Midtown East has become not just New York City’s but the United States’ first-ever two-star Japanese restaurant, up from its debut with one star in the 2017 guide.

“Our inspection team enjoyed their initial visits to Sushi Ginza Onodera, and return visits this year confirmed it is on par with two-starred sushi restaurants around the globe,” said Ellis.

That’s not the only good news for fans of Asian food. Out of the six new restaurants that earned one star, three feature cuisines from Japan and South Korea. All of the new restaurants are in Manhattan.

There are only 127 one-star restaurants in the world, and New York City has 56 of them. There are also 11 restaurants with two stars, and five with three stars, out of 116 worldwide.

Cheesecake and smoked sturgeon, two New York City classics brought together for our fall menu in the form of a savory Smoked Sturgeon Cheesecake. ?courtesy of @evansungnyc #elevenmadisonpark #makeitnice

“Exceptional cuisine, worth a special journey.”

“Excellent cuisine, worth a detour.”

“High quality cooking, worth a stop.”