How to Pay for Expensive Transgender Surgeries - Metro US
Money

How to Pay for Expensive Transgender Surgeries

Transgender Americans can pay a steep price if they have gender confirmation surgeries as part of their transition. For Brandon L. Beck, a 39-year-old transgender man who began transitioning from female to male in his early thirties, his third and final surgery comes with a potentially unattainable cost: $72,500.

As part of his transition, Beck, of San Marcos, Texas, first started taking hormones, then decided to undergo surgeries. Beck’s parents paid for his $7,000 double mastectomy, and his workplace insurance covered 80% of his $35,000 hysterectomy. 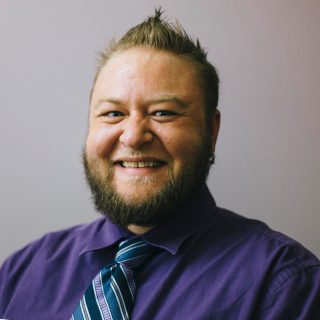 But when Beck recently left his position as a university professor to become an independent community educator on transgender issues, he lost his health insurance. Now, he’s struggling to find ways to pay for a phalloplasty.

“There are people in our community who don’t have enough money to pay rent each month and are still thinking about this,” Beck says about surgery costs.

For the nation’s estimated 1.4 million transgender people, the transition process is a unique journey that can take different paths. Some people adjust basic appearance and legally change their name and gender on official records. Others seek hormone therapy for physical and psychological changes. Some pursue gender confirmation surgeries, which can exceed $100,000 and may not be covered by insurance.

These costs can be a barrier for transgender people, who often deal with financial instability and employment discrimination, according to polling data in the 2015 U.S. Transgender Survey by the National Center for Transgender Equality.

On International Transgender Day of Visibility on March 31, NerdWallet released a guide for people who are seeking ways to pay for gender confirmation surgeries. Here’s a look at financing options.

These unsecured installment loans have fixed interest rates, usually as low as 7%. Terms vary widely and depend on your credit score and history. Loans offered may not cover the full cost of surgery, and you must qualify for credit union membership.

Credit cards typically should be used for smaller purchases, since credit limits can be low and interest rates are often steep, says Steve Branton, a financial planner with Mosaic Financial Partners, Inc. in San Francisco. Plus, carrying a high balance can damage your credit. But using a credit card can work if you can pay it off quickly, Branton says — especially if there’s an interest-free introductory period — or if you need to finance a small amount a loan won’t cover. Some credit unions offer cards with annual percentage rates around 10%; rates on cards from big issuers can run from 11% to 24%, depending on your credit.

If you own a house, a home equity line of credit allows you to borrow against it, sometimes up to 85% of its appraised value. You can borrow and repay the funds as often as needed during the term, and highly qualified borrowers may get APRs as low as 3-4%. The interest may be tax-deductible. However, if you can’t make your payments, you could lose your home. Interest rates are usually variable, so monthly payments could fluctuate. You could face hundreds of dollars in fees, so shop around.

CareCredit is a credit card specifically for financing health care expenses, and it can be reused for future purchases. Your doctor must be signed up to accept it, and you can apply through your doctor’s office or online. The regular APR is 26.99%, but health care providers may offer promotional financing options that make it more affordable, such as zero-interest deals — although you’ll owe interest retroactively if you pay late or don’t repay the balance in full on time.

Online lenders including Prosper and Lending Club offer personal installment loans with fixed interest rates and monthly payments. Some online lenders are connected to banks, such as LightStream and SunTrust Bank. Online loans may be easier to qualify for than personal loans through traditional financial institutions. Apply online, and if you have excellent credit, you can get low interest rates.

If a family member will lend you money for surgery, that may be your most affordable and lowest-risk option, Branton says. Your relative could charge a low interest rate or make a gift of the interest. Branton suggests creating a promissory note — a document you can create without a lawyer that outlines repayment terms.

If your loved ones are willing to contribute toward your surgery, crowdfunding is an option that lets you collect donations of all sizes online. Those who share their campaigns on social media are more likely to succeed. There’s no application process, though fees are typically charged for each donation.

The Jim Collins Foundation and Community Kinship Life both offer several kinds of grants for transgender people who can’t afford gender confirmation surgeries. The grants are a gift, but they require a lengthy application and other documentation. The number of grants available each year varies.

See if any local LGBTQ bars are willing to help you fundraise. Perhaps a portion of a night’s drink sales or cover charges can go toward your surgery fund, or maybe they’ll let you host a fundraising party. Contact LGBTQ organizations in your community to see if they have suggestions to help you raise funds.

Click here for the full guide to paying for gender confirmation surgeries.

The article How to Pay for Expensive Transgender Surgeries originally appeared on NerdWallet.