In defense of Guy Fieri - Metro US
Television

In defense of Guy Fieri 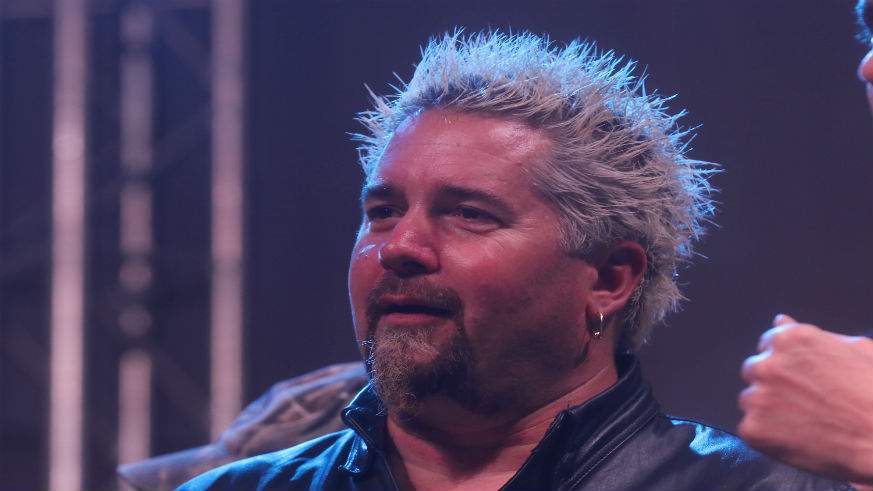 When did Guy Fieri become such a punchline? The celebrity chef and host of shows like “Diners, Drive-Ins and Dives” and “Guy’s Grocery Games” has become an easy target over the years, and his head has been the placeholder for the backward sunglasses crown of thorns for low-brow cuisine. But does he deserve all of the hate?

“That’s So Money!” — In Defense of Guy Fieri 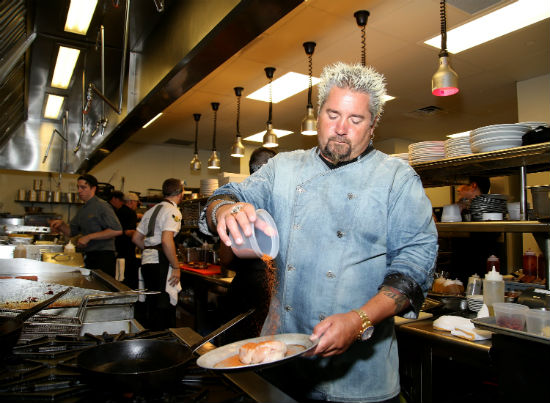 Anthony Bourdain once unloaded his thoughts on Fieri to Adweek, saying “I find Guy Fieri a rich and deep vein of comedy, there’s no doubt about it, and he’s worthy of a solid and maybe relentless mocking as anyone who has made his sartorial choices deserves. But is he bad for the world? On balance, probably not.”

At its core, and without the blistering subtext, this probably sums Fieri up in a perfect way. He’s a larger than life person who really does enjoy the cardiac arrest inducing food he eats on his show, and would probably petition to have Cheez Whiz be its own category on the food pyramid. Besides, we all remember his recently closed Times Square restaurant, Guy’s American Kitchen, and that blitzkrieg assault of a New York Times review.

But is he a menace to society? Far from it! He’s a charismatic host who never preaches to his viewers or presents any emotions to his guests other than unbridled enthusiasm.

Now with the huge popularity of the sensible and mild-mannered “The Great British Baking Show,” it might be time to look back at Fieri’s unrelenting positivity as a good thing. Sure, he may look and act like a human who was hired to go undercover in a Sonic the Hedgehog video game, but his encouragement of contestants on “Guy’s Grocery Games” is as infectious as it is genuine.

“Guy’s Grocery Games” — or “Triple G” as he calls it — can be looked at as Fieri providing a slice of the American dream that’s out of reach for most people. Contestants get to take a stroll through a vacated grocery store and use whatever ingredients they like for any given challenge. Throughout the show, there’s never a moment when Fieri goes full-on Gordon Ramsay in order to scold the participants. There’s no disrespect directed at what they cook, nor are there flippant remarks about work ethic. Guy Fieri treats it all like one big party game at a backyard pig roast. Life is one big Jam band cruise, so why sweat the small stuff?

In an appearance on Conan over the summer, comedian Shane Torres did almost five-minutes of material on why Fieri does not deserve his status as the Nickelback of celebrity chefs. In it, he talks about how hardened chefs like Anthony Bourdain get all of the respect, yet Fieri slaps on a smile and donates huge amounts to charity routinely and never gets the props he deserves.

Eater profiled some of the charity work Fieri did last October after the horrendous wildfires that ravaged California, ditching the Donkey Sauce in order to cook meals for 5,000 evacuees.

To be honest, I shared the same views on Fieri as most of the viewers out there who refuse to let him charm his way into our cold black hearts. But after watching countless hours of “Guy’s Grocery Games” over the weekend and knowing how big his heart is, I think I owe him another shot. You hear that Mr. Fieri? You have a fan in me.

“Guy Fieri’s Grocery Games” is currently in its SEVENTEENTH season and airs Sundays at 9 p.m. on Food Network.