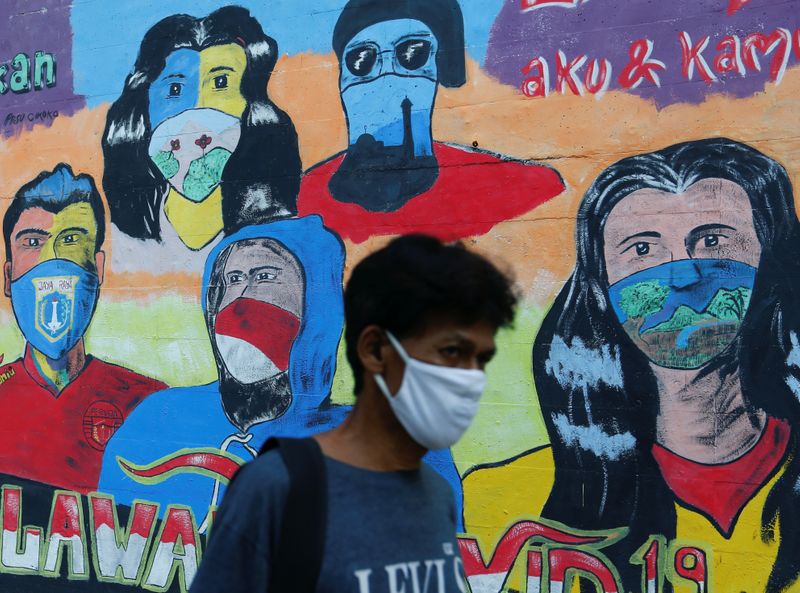 JAKARTA (Reuters) – Indonesian President Joko Widodo’s push for mass vaccinations to be rolled out in December faces a delay after the country’s food and drugs agency warned it will not be able to give emergency authoritisation until late January due to incomplete data.

In an interview last week, the president told Reuters that Indonesia aimed to start mass vaccination for medical staff and other frontline workers next month in a bid to suppress a surging COVID-19 caseload and support a battered economy.

The plan is to use a number of vaccine candidates including one produced by China’s Sinovac <SVA.O>, which has been undertaking clinical trials in Indonesia. Trials are also ongoing in Brazil.

Penny K. Lukito, the chief of Indonesia’s food and drugs agency, known by the acronym BPOM, told a parliamentary hearing on Tuesday that the December timeline was not achievable as data from Brazil and Sinovac would not be available in time.

“It’s impossible we can issue the emergency use authorization in December 2020,” she said, adding that the authorization could be given in the third or fourth week of January, pending interim data analysis of the clinical trials.

Sinovac and Bio Farma, the state-owned Indonesian pharmaceutical company overseeing the trials, did not immediately respond to requests for comment.

The world’s fourth most populous country, which has the highest number of coronavirus cases in Southeast Asia, has reported new spikes in infections recently after signs infection rates were plateauing.

Indonesia has recorded 15,390 deaths linked to COVID-19 and 474,400 infections, although some health experts warn low testing rates is masking the full extent of the outbreak.