Is Cinco de Mayo the Day of the Dead? Cinco de Mayo is one of those holidays — like St. Patrick’s Day — that Americans love to celebrate, but don’t really understand what it’s all about. Some assume Cinco de Mayo is synonymous with The Day of the Dead.

But, is Cinco de Mayo the Day of the Dead? It’s not that simple.

Why do we celebrate Cinco de Mayo?

Cinco de Mayo — translated to Fifth of May — is a holiday held to celebrate the Mexican Army’s victory against France in the Battle of Puebla on May 5, 1862 (naturally).

The Mexican Army wasn’t supposed to win the Battle of Puebla. Mexican soldiers were outnumbered and out equipped — 4,000 Mexicans, compared with 8,000 French soldiers.

One historian says that it’s notable for Americans because if Mexico didn’t win, France likely would’ve gone on to help the Confederacy during the Civil War, possibly influencing its outcome — and life as we know it now. The reason: France eventually returned to Mexico and defeated the army and Emperor Maximilian I became the ruler. The takeover lasted from 1864 to 1867 because the U.S. was better able to assist the Mexicans with overthrowing French rule.

Today, the holiday is often celebrated with parties featuring Mexican-themed drinks and food.

So, is Cinco de Mayo the Day of the Dead?

The Day of the Dead (Dia de los Muertos) is a multi-day festival held at the end of October and the first few days of November. Dia de los Muertos begins on October 31 for 2018 and ends on November 2.

So no, Cinco de Mayo is not the same as Day of the Dead.

What is the Day of the Dead?

The Day of the Dead tradition dates back 3,000 years to the time of the Aztecs, though it’s now celebrated in the United States, Canada and other countries around the world with a Mexican immigrant population. 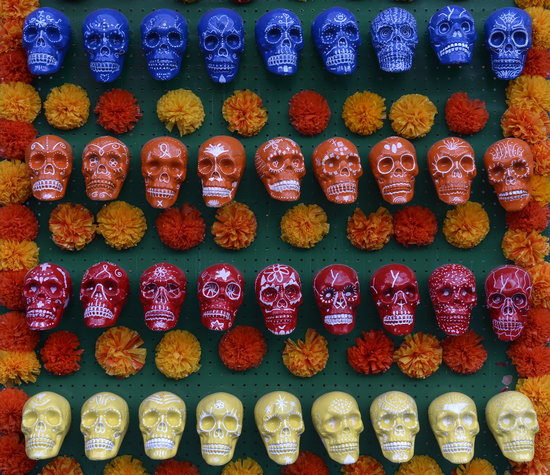 The multi-day event brings families and friends together to remember loved ones who have died. The celebration often involves making the deceased’s favorite foods and leaving them on graves. Many also make private altars — known as ofrendas — to honor the dead, along with displaying calacas and calaveras (skeletons and skulls).

“The tradition [in Mexico] is you invite people to your house for pan de muerto and then you go to the cemetery,” Martha Rodríguez-Salazar told NBC News. “You eat food there, drink tequila or mezcal, and that’s the celebration. You want to leave your door open because a stranger can bring a spirit of your loved one. You never know.”

“Dia de Muertos is very powerful, because you feel peace and a beautiful experience remembering someone and celebrating what they did and who they were.”