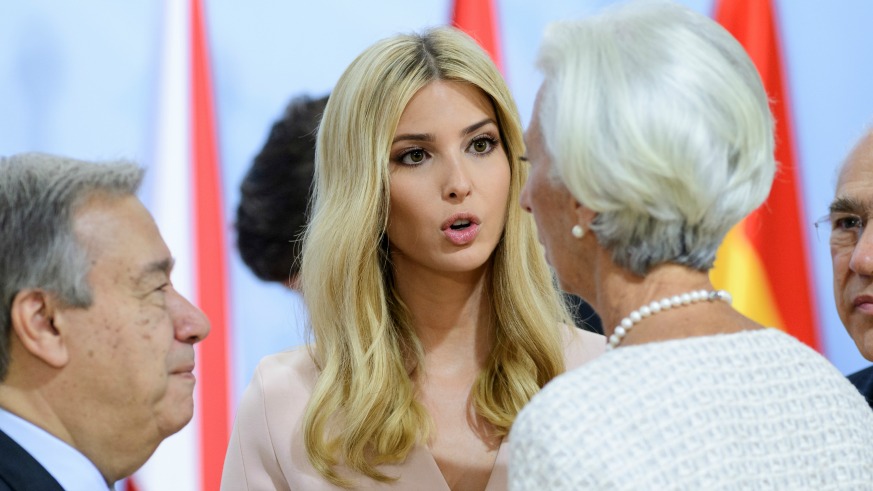 The Trump administration’s Twitter archives have been a reliable source of amusement and dismay, from President Trump’s policy reversals to new communications director Anthony Scaramucci’s former condemnations of Trump.

Now first daughter Ivanka is getting in on the action. In 2013, she misquoted Albert Einstein — and this week, she’s gotten schooled by Einstein’s estate.

Twitter detectives spotted a quote on her feed from four years ago, and it resurfaced over the weekend: “‘If the facts don’t fit the theory, change the facts.’ – Albert Einstein #quote #sunday“

On Monday, a representative from the theoretical physicist’s estate corrected the record on its official Twitter account.

“We can confirm that Albert Einstein never said this quote,” a user named “Greenlight” wrote. The rep then directed readers to a handy tool for future Einstein quotations: “The Ultimate Quotable Einstein.”

We can confirm that Albert Einstein never said this quote. Here’s a worthy purchase via @PrincetonUPress: https://t.co/FdGWkO1qpz https://t.co/eWTUhskgvR

“With my mind on my money and my money on my mind.”

“I’mma let you finish, but Beyonce had the best album ever.”
— Benjamin Franklin

It wasn’t the only misattributed quote from the Trump administration that was discovered just this past weekend. In a 2012 tweet, new communications director Anthony Scaramucci offered the quote, “Dance like no one is watching. Sing like no one is listening. Love like you’ve never been hurt and live like its heaven on earth.” He attributed it to Mark Twain.

Mark Twain definitely did not say this.

The site Quote Investigator did some digging; according to the “Yale Book of Quotations,” the phrase first appeared in a 1987 song by Susanna Clark and Richard Leigh. (Although it’s not absolutely certain the saying didn’t predate it.)

“Never gonna give you up, never gonna let you down/
Never gonna run around and desert you.” — Sylvia Plath

Do not go gentle into that good night,
Old age should burn and rave at close of day;
Rage, rage against the dying of the light
— Ke$ha

If you change your mind, I’m the first in line
Honey I’m still free
Take a chance on me.
– Confucius

I can actually envision Carson singing this. It’s not pretty and it sounds even worse.