The New York Jets have reportedly traded quarterback Teddy Bridgewater to the New Orleans Saints on Wednesday, according to ESPN’s Adam Schefter.

While the Jets’ return has not been confirmed as of yet, it is believed to involve draft picks.

Bridgewater didn’t find out about the deal in the most ceremonious way. Per NFL Network’s Tom Pelissero, Jets players were on the team bus when it was stopped. Bridgewater was subsequently told that he was traded, got off the bus and the team drove off. 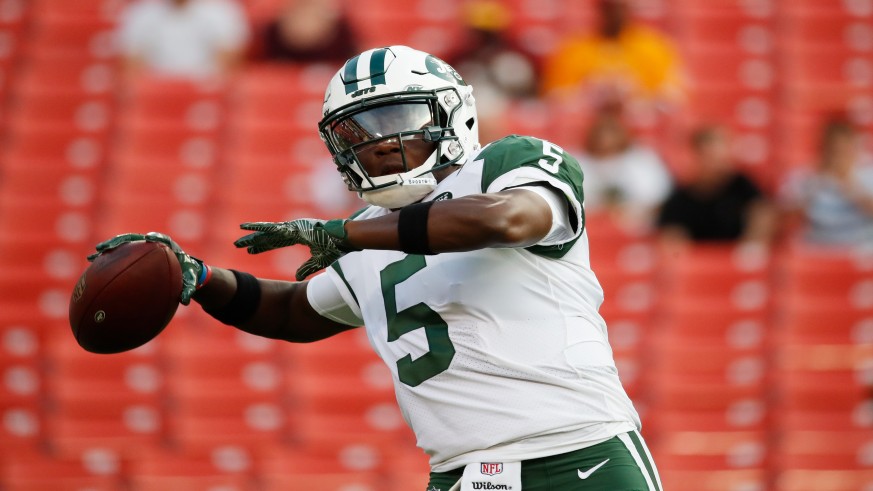 New York’s dealing of Bridgewater is further confirmation that rookie quarterback Sam Darnold, selected No. 3 overall in the 2018 NFL Draft, will be the team’s starting quarterback come Week 1 of the regular season against the Detroit Lions. Veteran Josh McCown, who improbably led the team to five wins last season, will be his backup.

The Jets took a chance on signing Bridgewater to a one-year deal earlier this offseason. The 25-year-old’s status as a contributing passer in the NFL was in question as he continued to recover from a gruesome leg injury suffered prior to the 2016 season that almost ended his career.

It halted a promising start to Bridgewater’s time with the Minnesota Vikings which included a Pro Bowl appearance in 2015 in which he passed for over 3,200 yards in 16 games.

While he had only attempted two passes in the previous two seasons, the Jets brought him on prior to drafting Darnold as a low-risk, high-reward option alongside McCown. With a one-year deal worth $5 million, he wouldn’t have provided much of a hit if he showed that he couldn’t perform.

The best case scenario was that he showed glimpses of returning as a starter at the NFL level and the Jets could either use him to start while searching for a franchise quarterback or trade him if they found one. They found that quarterback in Darnold and Bridgewater did the rest of the work to increase his value during the preseason. In three games, Bridgewater completed over 70-percent of his passes (28-of-38) for 316 yards, two touchdowns and one interception.

Bridgewater will back up Drew Brees for the time being, but there is a chance that he could be viewed as the team’s starting quarterback of the future if the team decides to move on from the future Hall of Famer should he underperform in 2018.