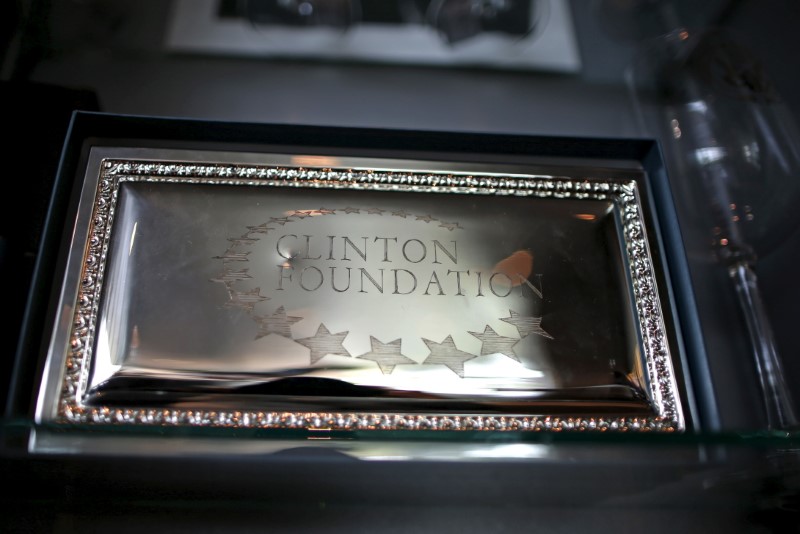 WASHINGTON (Reuters) – The U.S. Justice Department has begun an investigation into whether the Clinton Foundation conducted “pay-to-play” politics or other illegal activities during Hillary Clinton’s tenure as secretary of state, The Hill reported on Thursday, citing law enforcement officials and a witness.

The newspaper said FBI agents from Little Rock, Arkansas, where the foundation began, had taken the lead in the investigation and interviewed at least one witness in the past month. Law enforcement officials told The Hill that additional activities were expected in coming weeks.

In response to a request for confirmation, a Justice Department spokeswoman said the agency did not comment on ongoing investigations.

There was no immediate response to a request for comment by officials at the Clinton Foundation. The organization previously said there was never any trade in policy decisions for contributions.

The Hill reported that the officials, who spoke on condition of anonymity, said the probe was examining whether the Clintons promised or performed any policy favors in return for contributions to their charitable efforts or whether donors promised to make donations in hopes of government outcomes.

The probe may also examine whether any tax-exempt assets were converted for personal or political use and whether the foundation complied with tax laws, the newspaper cited the officials as saying.

A witness recently interviewed by the FBI told The Hill the agents’ questions focused on government decisions and discussions of donations to Clinton entities during the time Hillary Clinton led President Barack Obama’s State Department.

U.S. Attorney General Jeff Sessions asked Justice Department prosecutors to decide if a special counsel should be appointed to investigate certain Republican concerns, including alleged wrongdoing by the Clinton Foundation and the sale of a uranium company to Russia, according to media reports in November.