Let's get this Robo Ump show on the road: Pantorno - Metro US

Let’s get this Robo Ump show on the road: Pantorno Sunday night saw the Houston Astros take a 3-2 lead in the World Series, which is all fine and dandy for most neutral baseball fans watching the Fall Classic.
But once again, we saw another heinous display of officiating that will only push the game that much closer to instituting robotic umpiring.
Lance Barksdale was the latest example of everything that’s wrong with the human-error factor that comes with human beings calling balls and strikes at a baseball game.

Several questionable — and blatantly bad — rulings behind the dish played a direct factor in helping the Astros secure the Series lead, although the Nationals took the high road and tipped their proverbial caps to the brilliance that is Houston’s ace, Gerrit Cole.
With two outs in the fourth inning of a 2-0 game, Washington spot starter Joe Ross — who performed admirably in place of the injured Max Scherzer — appeared to have struck out Carlos Correa with an 0-2 slider that nicked the outside corner of the plate:
Barksdale called it a ball. Four pitches later, Correa launched a two-run home run to double Houston’s lead.
In the sixth inning, which was a 1-2-3 inning, Tanner Rainey was forced to throw extra pitches to Michael Brantley because catcher Yan Gomes stood up too quickly when a 2-2 four-seam fastball was as perfect of a strike-three pitch as you’d see (No. 5): 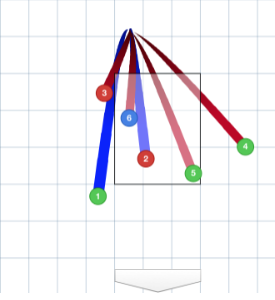 I’ve defended baseball with all my soul this past decade, but that’s just inexcusable:

Ump doesn’t call strike three. Tells Gomes he was taking off on him. Gomes replies ‘Oh it’s my fault?”

Then Martinez kindly asks the up to wake up because its the World Series. pic.twitter.com/iRUr349bQh

Barksdale’s dubious evening continued in the seventh when he snuffed out a Nationals rally in a 4-1 game.
With a runner on first and two outs, Barksdale called a Cole offering that was high and outside strike three to end the inning and send the Nationals bench into a frenzy:

Victor Robles was just the victim of another blown call by Lance Barksdale#WorldSeries pic.twitter.com/IwhFS5JWag

Was it a close pitch? Sure. But if you’re umpiring in the World Series, you have to be better than that.
Pitch No. 6 is the one Barksdale sent Robles out on: 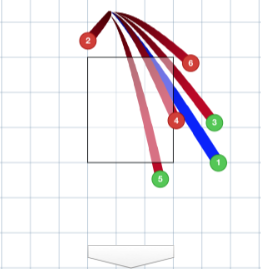 This is the best you have to offer, MLB?
I’d like to consider myself a baseball purist. My main argument was that if it wasn’t broken for the first 150 years of baseball’s existence, why fix it now?
But the collection of umpires that are responsible for calling balls and strikes is broken. It’s time to bring in the robots.
An automated strike zone would ensure that it’s the players — not the umpires — deciding every single aspect of a game rather than leaving it up for constant interpretation and debate all season long.
It’s been used in the lower leagues of America’s baseball system and has been a revelation — at least, in my opinion.
I went to the first-ever game that used the automated strike zone, which was an Atlantic League (independent ball) game on Jul. 25 between the Long Island Ducks and New Britain Bees.
With a 6:35 p.m. ET first pitch, I watched a game that saw 10 runs scored (the Ducks won 9-1) and I was back in my car on my way home before 9 p.m.
Granted, there was also a pitch clock and time limits to address MLB commissioner Rob Manfred’s overwhelming concern for the “pace of play.”
If you didn’t know there was an automated strike zone, you wouldn’t have even known it was there. There is still an umpire behind the plate and he is radioed whether a pitch was a ball or a strike.
Then he signals the call milliseconds after the pitch crosses the zone.
It’s that easy. And there are no unnecessary stoppages in play for managers or players to moan about missed calls.
If the Atlantic League can get this right, Major League Baseball can certainly figure this out. Because right now, we’re left talking about guys like Lance Barksdale and Angel Hernandez deciding games rather than the players on the field.