Local company aims to turn strangers to friends, one Shattr at a time – Metro US
Boston

Local company aims to turn strangers to friends, one Shattr at a time Shattr made a splash in Boston with a Donald Trump diss (“F—“ him, a tongue-in-cheek promo flier read), but the meet-up app’s founders say they’re leaving that behind. Now, they told Metro, they’re working on making Shattr part of the social lives of Boston’s college kids.

The app basically connects groups of friends with other groups of friends for nights out, via a swiping function not unlike the dating app Tinder’s. Likeminded users that “shattr” others they meet through the app can then swap messages and pictures, and set up in-real-life hangouts. It’s an idea the app’s founders had while still in college, and it’s catching on, they told Metro via phone call from their Financial District headquarters.

“We’ve seen some significant growth,” said Founder Ben Fichter, 24. “We’ve heard stories from different groups who met other people on the app they didn’t before. It’s really invigorated us.”

The duo told Metro they’ve used the app themselves, recently meeting up with a crew of nine people at Hong Kong in Harvard Square. 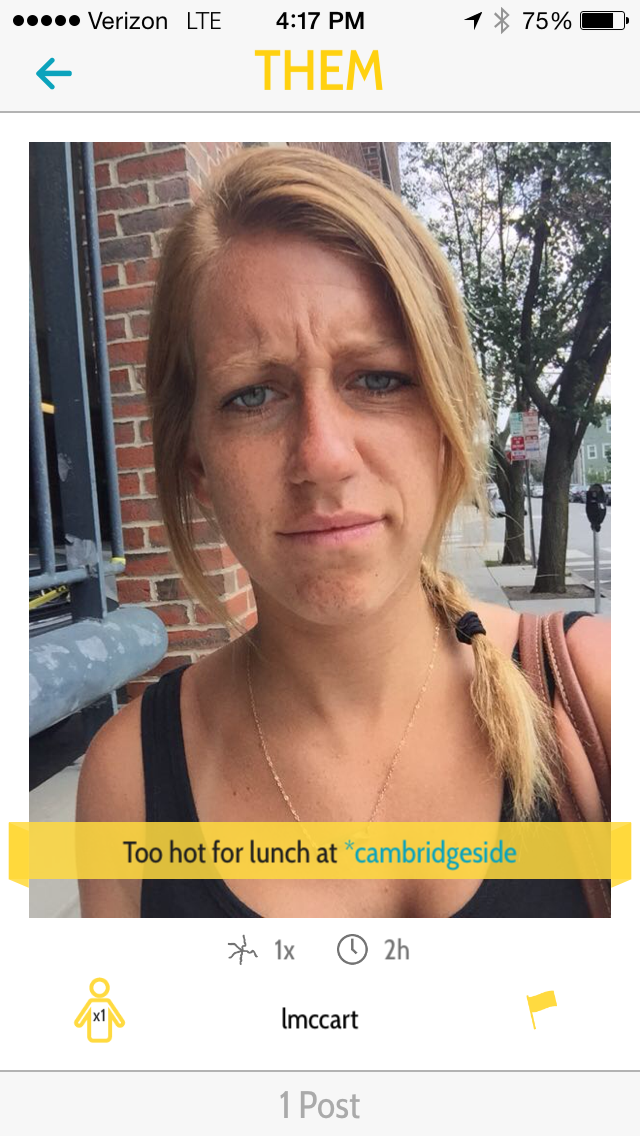 College Fest on Saturday at Fenway Park. They also said they plan to give randomly selected users tickets to see the Boston band Passion Pit, and they’re actively recruiting promoters for the city’s many college campuses.

One big fan of Shattr’s already is Lauren McCart, 25 – a friend of the founders who told Metro she and her roommate have been using the app constantly since its “soft launch” earlier this summer.

It wasn’t clear how many people use the app so far (Carpman and Fichter declined to say), but McCart said on weekend nights she’s had as many as 16 users try to connect – a big help, she said, for a New Jersey native trying to meet locals.

“A lot of my friends and I work a lot so we don’t have a lot of time to go out and meet new groups of people,” McCart told Metro, adding she’s used the app to meet up with people four times, but posts with it just about every day. “This just kind of makes it more convenient, and it’s fun, too.”