Macy’s Thanksgiving Day Parade 2017 is almost here, which means you fall into one of only two camps: those that wouldn’t dream of going near the annual parade and those who are already planning how they’re going to get the best view in the house.

Either way, you might want to know the Macy’s Thanksgiving Day Parade route so you can plan accordingly. And, oh yeah, there might be one or two (or twenty) street closures you need to know about.

What time does the Macy’s Thanksgiving Day Parade 2017 start?

The float-filled festivities kick off at 9:00 a.m. EST sharp on Thursday, November 23. Make sure that if you’re attending the parade and want to get a good spot to watch — of course you do — you’ll need to be there pretty far in advance for prime viewing. Worry not, there are 2.5 miles on the parade route, so you have plenty of opportunity to carve yourself out a sweet spot on the curb.

We know what you’re really wondering: which performers will be out during the parade?

They might not be famous pop singers, but they’re an equally adored part of the parade tradition, so which Thanksgiving Day Parade balloons are you going to see drifting down along Central Park? You can expect:

Trolls (from the animated movie)

The Elf On The Shelf® 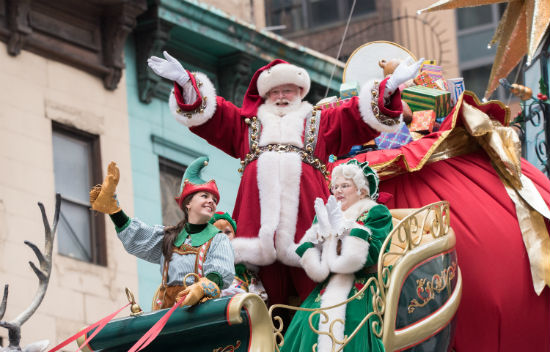 But be sure that you’re not just looking to the skies as the parade goes by. We know the giant balloons are quite a sight hovering over the streets of Manhattan, but you’re going to want to catch these floats scheduled for this year’s parade, too:

On The Roll Again, Homewood Suites By Hilton®

Building A Better World, Girl Scouts Of The USA

For a full list of other features of the parade, check out Macy’s guide to the event, which includes previews of the floats as well as lists of the marching bands, clowns, balloonicles and performance groups also participating. 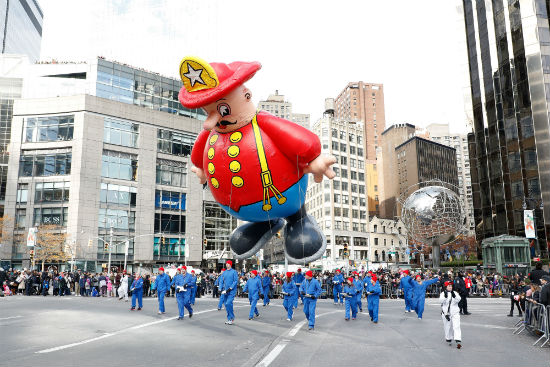 There might only be a couple hours in which the true Macy’s Thanksgiving Day Parade 2017 takes place, but that doesn’t mean the street closures reflect that. Get ready for street closures and delays starting in the early afternoon the day before the parade. And you may want to avoid the entire area in and around Central Park West and Columbus Avenue on the Upper West Side beginning as early as 9:30 a.m. for the annual Macy’s Thanksgiving Day Parade balloon inflation.

There are also areas you’re going to want to avoid on Wednesday as preparations are in the works for the Macy’s Thanksgiving Day Parade 2017 — especially if you’re in a hurry, so make note.

Starting at 1:00 p.m. EST, West 79th Street between Columbus Avenue and Amsterdam Avenue will be closed.

At 3 p.m. the following areas will be closed:

Note: Avoid these area unless you’re ready for some serious transportation delays. Trucks and other large vehicles will be moving in and out of this area in order to move parade floats and other supplies, so there might be additional closures and delays.

On Thursday, the following areas will be closed starting at 8 a.m.

The Macy’s Thanksgiving Day parade is thankfully quite reliable year to year, but check out the map below anyway for a refresher on the route and closed areas. You can also use it to plan out where you’re going to watch the floats drift by.

In case you want to take the subway as close as possible to the parade, you should plan on riding to the 79th Street stop on the 1 train or the 81th Street stop on the C train. Thankfully, you can also expect extra S shuttle service throughout the day and extra 1 train service early in the morning.

That, of course, is in addition to the planned service changes the MTA already has scheduled on Thursday, November 23.