There have been several members of the Trump White House who have either resigned or were fired before Trump’s first year in office and there may be more who plan to leave soon.

According to the New York Post, there might be a “mass exodus” in the Trump White House that may happen as President Trump ends his first year in office. The Post reports economic advisor Gary Cohn and Trump’s son-in-law Jared Kushner may be the next people to leave the White House after Trump’s first year.

Since President Trump took office, we have seen several people resign or get fired from The White House in less than one year.  National security advisor Michael Flynn, chief strategist Steve Bannon, FBI director James Comey and White House press secretary Sean Spicer are just some of the people who resigned or was fired from their positions less than a year of Trump’s presidency.

Former attorney general Sally Yates, who was appointed to the position by former President Barack Obama, was fired within her first 10 days in office.

Since Trump has taken office in January, several members of the original Trump White House are no longer there. While it is uncertain who will make it into 2018, there is at least one White House staffer who is getting a lot of attention for remaining close to Trump from day one and has managed to stay under-the-radar and away from any White House drama.

John McEntee, a former University of Connecticut quarterback who became popular on YouTube for making a viral trick-throw video has been working alongside Trump since 2015. When President Trump tweeted a photo of some of his original team members who helped him become president, McEntee was pictured alongside Jared Kushner, Stephen Miller, Hope Hicks and Dan Scavino. 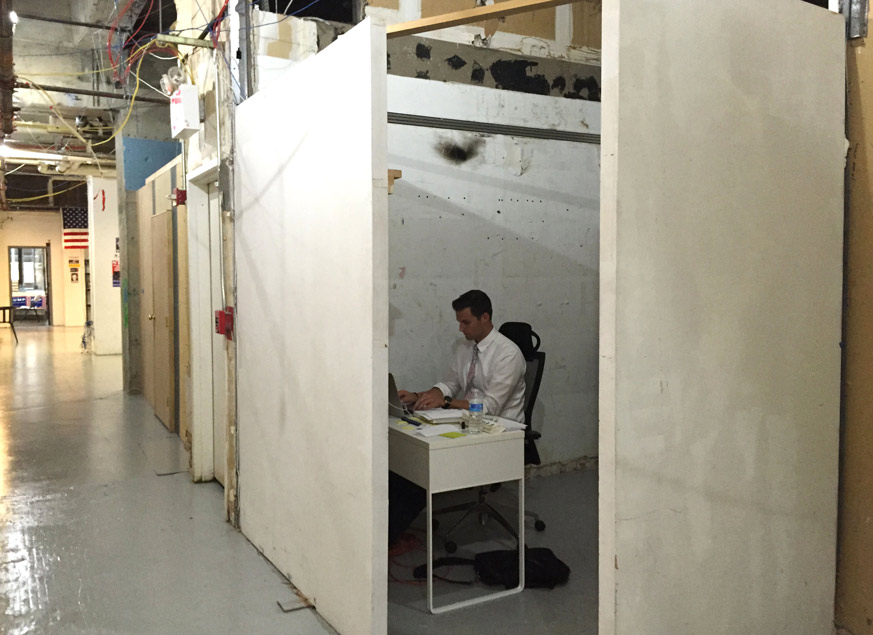 Talk about dedication: John McEntee, a staffer for Donald Trump’s 2016 Republican presidential campaign, works at his desk inside the Trump campaign headquarters in 2015.

Click through the gallery to see the original Trump White House staff members who have been there since day one and have made it through President Trump’s first year in office.