The Metro-North New Haven line trains will soon travel between Fordham and Manhattan, the MTA announced this week, marking a change in what was previously called “exclusionary” transit in the Bronx.

Fordham has been a “discharge only” stop for decades, allowing passengers coming from the suburbs in Westchester County and Connecticut to get off the train there, but barring anyone who needs to head to Manhattan from boarding at that station. Passengers who want to board at Fordham to go toward Grand Central have been forced to instead take Harlem line Metro-North trains.

Metro-North New Haven line trains do stop at the Fordham station to allow for travel to Westchester County and Connecticut, thus only allowing passengers to travel north from that station, not south into the city. 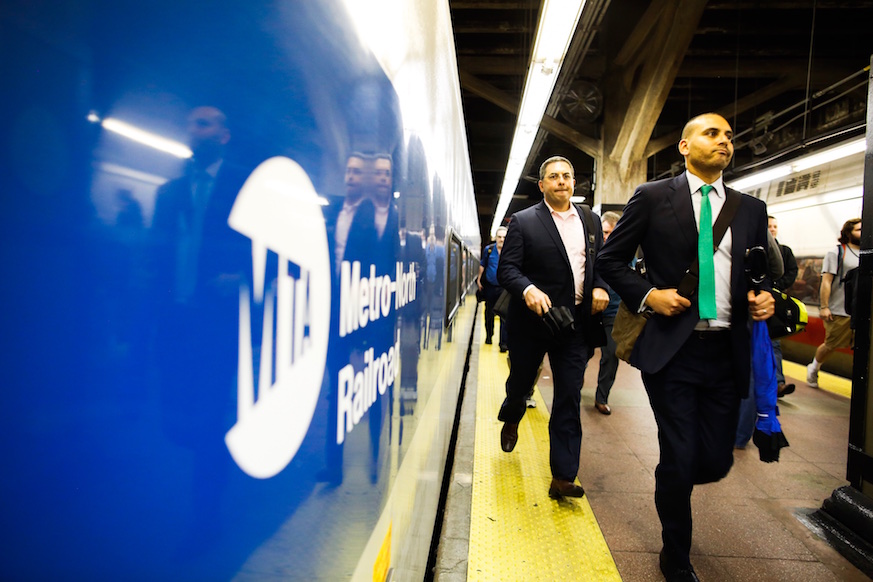 This means passengers will have access to 94 weekday Metro-North trains traveling between Fordham and Manhattan that had “previously been off-limits,” per the MTA. On Saturdays, 67 New Haven line trains will now be available for that travel, and 65 will be available on Sundays.

“The rule about boarding at Fordham had a long history, but that’s no reason for us to continue to uphold it,” said Metro-North Railroad President Catherine Rinaldi in a statement.  “In fact, it was long past time for this antiquated and customer-unfriendly rule to be eliminated.”

Rinaldi worked with the MTA and the Connecticut Department of Transportation to bring about the change, but it was Comptroller Scott M. Stringer who shed a light on the issue back in Oct. 2018.

“For more than a century, New Haven line trains have utterly neglected Bronx and Harlem residents — allowing riders from Connecticut and Westchester suburbs to disembark in the city, but refusing service to local New Yorkers,” Stringer said in a statement following the Metro-North news.

With the new service, revenue from train ticket sales between Fordham and Manhattan will be split between Metro-North and the state of Connecticut, officials said.

Stringer commended the MTA, Metro-North and Connecticut DOT for the change, saying that it marks “an important first step towards addressing and reversing these discriminatory practices,” but he’s still demanding more in terms of transit equity for Bronx residents.

The new Metro-North service between Fordham and Manhattan is possible, according to the MTA, because of a recently completed $15.1 million renewal of the Fordham station, which allowed for a new entrance to be built at Webster Av. and E. 193rd St., among other upgrades.

Ending the gap of service between Fordham and Manhattan is just one issue with Bronx transit, though, according to Stringer.

“The Harlem-125th, Melrose, Tremont, Botanical Garden, Williams Bridge, and Woodlawn stations continue to be bypassed by New Haven line trains—leaving Bronx and Manhattan residents with inadequate service,” he said. “For real transit equity, we need to lower in-city Metro-North and LIRR fares to the $2.75 price of a MetroCard swipe and establish free subway and bus transfers so that New Yorkers aren’t effectively locked out of the 41 commuter rail stations within the five boroughs.”

The MTA is planning to build four New Haven line stations in the East Bronx along the rail to Penn Station, though those plans have faced some challenges from Amtrak. Though those four stations were first announced back in 2014, commuters are still waiting for updates.