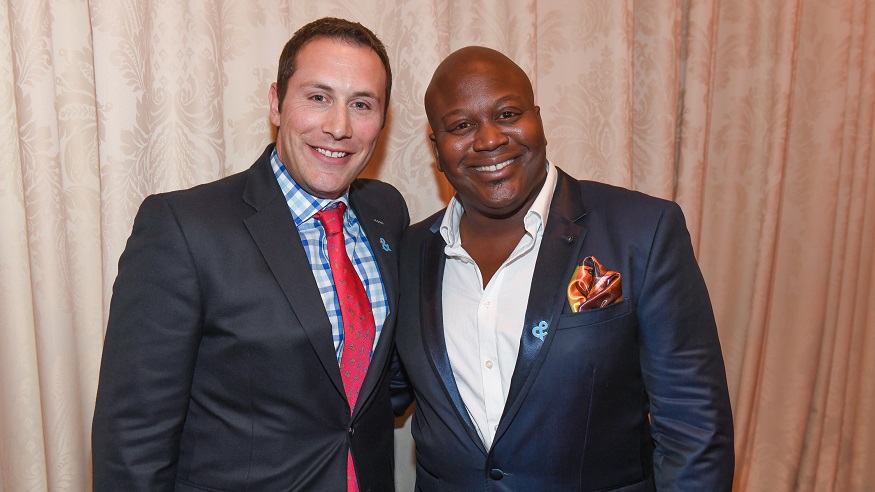 ATLANTA, GA - OCTOBER 25: From left, actors Mike Carlsen and Tituss Burgess both of Net Unbreakable Kimmy Schmidt, at the GLAAD Gala Atlanta, in partnership with Ketel One Vodka on October 25, 2017 in Atlanta, Georgia. (Photo by Paras Griffin/Getty Images for GLAAD)
Photo by Getty

After a brief hiatus, https://www.metro.us/entertainment/tv/tituss-burgess-unbreakable-kimmy-s… target=”_blank”>Unbreakable Kimmy Schmidt season 4 is coming to an end. The second half of the final season begins streaming Friday on https://www.metro.us/topics/netflix” target=”_blank”>Netflix, which means that fans of co-creators Tina Fey and Robert Carlock's ridiculous show about a cult captive turned New York City dreamer have a lot of catching up to do. Mike Carlsen, who plays fan favorite Mikey Politano, is sad to see it all coming to an end.

However, as the Broadway actor turned TV and film star explains it to Metro, he's incredibly happy and thankful that he got to be a part of something so positive and adored.

"At the end of the day, it's about love and the people we love," he says. "You don't know particularly what attracts one person to another, but you can feel it when there is something palpable and real between two people."

This is especially true of his character's on-again, off-again romance with Titus Andromedon (Tituss Burgess). The final episodes of Unbreakable Kimmy Schmidt season 4 will see the pair of former lovers turned friends reuniting in sweet and unpredictable ways.

"I think that is what people really gravitated towards with Titus and Mikey's relationship, and maybe with Mikey in particular," Carlsen continues. "I've known Tituss for a long time. There's a lot of love between us, both on and off screen. I have the most ultimate respect for him as an artist. He's an enigma. He is a singular talent, and I believe that everything the audience sees us sharing on screen feels so real because there's a real relationship there."

From Kimmy Schmidt's (Ellie Kemper) numerous attempts to catch up with pop culture and fit in to Titus's continued attempts to become a star, Unbreakable Kimmy Schmidt has endeared itself to its audiences with its startling mix of over-the-top humor and sheer positivity. Titus and Mikey's complicated relationship is definitely one of the standouts, in this regard, but as Carlsen admits, he and everyone else on the show are going to miss it as much as the viewers.

"I'm really going to miss playing him because he is the most loyal, kindest and most giving person that I think I've ever played," he says. "I'm going to miss this relationship and this soul that I got to embody for four years. There is a trueness and a joy to Mikey. He has a heart that is so special, and I think the world needs more of that."

Of course, Carlsen is also going to miss working for Fey, whom he calls "the best boss that anyone could ever ask for."

"She was the first person to come up to me after we wrapped shooting my final scenes. She is caring and she makes everyone feel as if they are a huge part of what's going on at any moment. Whether they're on the crew, a PA or working at craft services, she's always there to make us all feel at home. So I'm obviously going to miss that, too."

When do the final episodes of Unbreakable Kimmy Schmidt season 4 stream?