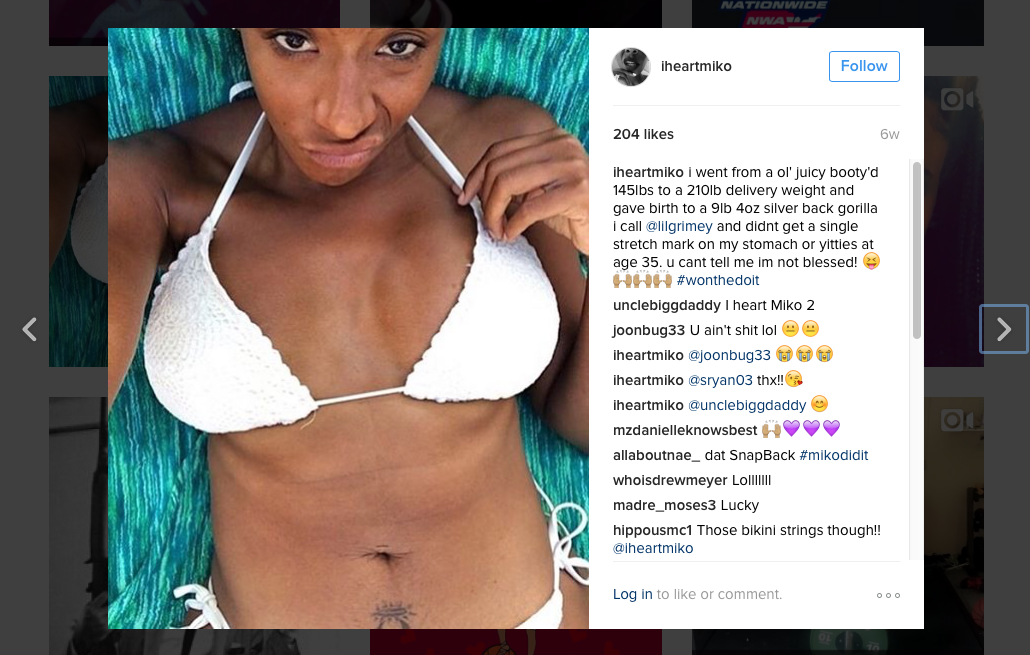 Miko Grimes offends basically everyone on Twitter, so her outrageous social media comments on Monday weren’t all too surprising. Grimes, the outspoken wife of Tampa Bay Buccaneers cornerback Brent Grimes, slammed Miami Dolphins owner Stephen Ross and executive VP Mike Tannenbaum with anti-semitic remarksand received quite the push-back. Brent Grimes played for the Dolphins from 2013 up until this past season.

@IheartMiko:”Gotta respect Ross for keeping his jew buddies employed but did he not see how Tannenbaum put the Jets in the dumpster w/ that Sanchez deal?”

The Buccaneers, owned by a Jewish family (the Glazers), did not offer comment on Grimes’ rant when pressed by Pro Football Talk.

Many on Twitter went after Grimes for being a racist and Grimes did not hesitate in replying.

“Almost 11 [o’clock] & yall still going! Wow I’m impressed! I wish black men could get this type of anger and reaction every time a cop murders them.”

“Im a racist but only six cops have gone to jail in damn near a decade for murdering black men.”

“I’m a racist but there aren’t any black majority owners in the nfl.”