Movie based on Boston skiing icon Doug Coombs in development 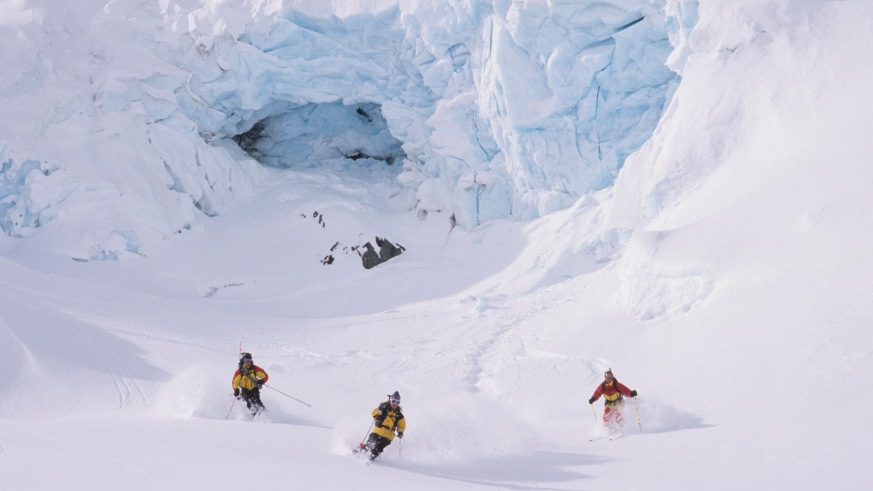 Movies often need  “suspension of disbelief.” This is a reservation of judgement based on the fact that the movie is intended to be fictional. Which is fine, we give in to the fabrication of on-screen fiction. But not all movies need suspension of disbelief. Instead they have something else: the tagline “based on a true story.” These movies have been popular since Schindler’s List, but recently there’s been a resurgence; from 127 Hours, to The Finest Hours, to Patriots Day. We like to hear stories with a backbone of truth. We hear so many of these stories, some might be sick of them. But according to Deadline, Outside Studios and Fort Point Media are producing a story about Doug Coombs that is unlike anything you have heard before.

Who is Doug Coombs?

On April 3, 2006, Doug Coombs fell over 1,000 feet after skiing off the ledge of the French Alps in La Grave, France. Coombs died attempting to save his friend, Chad VanderHam, who had fallen first. Unfortunately, VanderHam succumbed to his injuries soon after.

Before he died, Coombs was a pioneer of extreme skiing. Besides skiing down dangerous terrain, he was a teacher for others who pursued the sport, and founded the Doug Coombs Steep Skiing Camps Worldwide in Jackson Hole, Wyoming. Although he grew up in Bedford, Massachusetts, he was born right here in Boston.

Both authors continue to write and work in Boston. Together they wrote the novel, “Boston Strong: A City’s Triumph Over Tragedy,” which inspired the movie Patriots Day, as well as the novel, “Ice Bucket Challenge: Pete Frates and the Fight Against ALS,” which is in development as a Netflix feature. Sherman and Wedge are collaborating with Outside Studios who assisted with several movies, such as Everest, 127 Hours, and Into the Wild.

According to a Deadline article, when asked why they were interested in producing this film, Sherman and Wedge replied, “Doug Coombs was an icon and a true pioneer, and his life is an incredible story that needs to be told. We have the team to tell it with the epic scope it deserves.” It is clear that Doug Coombs’s story is one that is worth telling, and we are excited to hear it.