As the new year kicks off, some new laws will take effect in New York.

Some bills passed by lawmakers in both 2017 and 2018 will go into effect at the start of 2019. Here’s a look at what changes are coming to the entire state.

1. New minimum wage
At least 19 states across the country are increasing minimum wage with new laws in 2019, and New York is one of them. Minimum wage workers will see that pay increase beginning Dec. 31, 2018, but their new wage depends on where in the state they work.

For New Yorkers in Long Island and Westchester, their minimum wage will go from $11 an hour to $12. Those in New York City who work for small employers with 10 or less employees will see a minimum wage increase from $12 to $13.50 an hour.

This 2019 minimum wage increase marks the third consecutive year of New York wage hikes. The state’s full minimum wage legislation, passed as part of the 2016-17 state budget, is being phased in through 2021.

Also as part of the new minimum wage law, Gov. Andrew Cuomo is launching a Wage Theft Hotline at 1-800-4-NYSDOL, for New Yorkers to report employers who are not complying with the wage increase.

2. Changing tables required in public bathrooms
One of the 2019 new laws in New York affects the state’s building code, requiring all new and renovated buildings with publicly accessible restrooms to provide “safe and compliant changing tables.”

This applies to businesses including restaurants, stores and movie theaters, according to Cuomo’s office, along with state facilities like parks and DMV offices, and these changing tables will be available to both men and women. In New York City, a similar law went into effect in July of 2018.

The number of weeks employees can take paid family leave will continue to increase through 2021, at which point New Yorkers will be able to take 12 weeks of “job-protected, paid time off,” per officials.

The Drug Take Back Act requires cities in New York state to make accessible collection receptacles and drop boxes along with prepaid envelopes as a way to curb the opioid crisis and protect waterways by discouraging residents from flushing leftover medication. 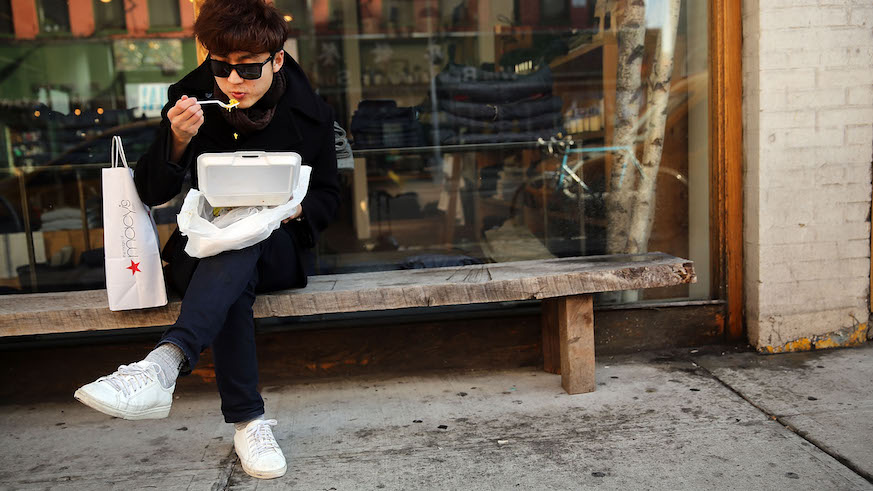 Mayor Bill de Blasio also signed some bills that will go into effect as new laws for the five boroughs in 2019, and the new year kicked off with an initiative to clean up the city.

The ban officially went into effect on Jan. 1, but there is a six month grace period, according to the city, before fines can be imposed. During these six months, businesses that still use foam products will get a “warning card” reminding them of the ban.

“Global warming is threatening our city, and to fight it, we have to change the way we live,” de Blasio said in a statement. “The 60 million pounds of styrofoam New Yorkers throw away each year clog our landfills and fuel the petroleum economy destroying our planet. We’re ending this dirty practice so we can ensure a cleaner, fairer future for our children.”

“For decades, New York City has been a place where people come to express their identity, but our institutions never afforded transgender and non-binary individuals control over their gender on government documents,” said Health Commissioner Dr. Oxiris Barbot in a statement. “By offering a non-binary option and a less burdensome way to change one’s gender on their birth certificate, the City is moving in the right direction towards full equality for New Yorkers who have historically been marginalized and ignored.”