Though not helming the lawsuit against the federal Department of Justice concerning a power outage in February that left more than 1,600 inmates at Brooklyn’s Metropolitan Detention Center without heat, Attorney General Letitia James filed a “friend of the court” brief supporting the case on Tuesday.

James filed an amicus brief, also known as a “friend of the court” brief, for a lawsuit spearheaded by the nonprofit Federal Defenders of New York. The brief points to New York state’s own history handling correctional center emergencies and its practice of monitoring facilities as a way to hopefully “aid the plaintiff’s request for the appointment of a special master to monitor the MDC.”

The Federal Defenders are calling for an independent monitor to review conditions at the Metropolitan Detention Center following the outage, which left inmates freezing during near-zero temperatures, and also without lights and medical care.

The federal government’s response was “woefully inadequate,” the Federal Defenders said in the lawsuit.

This is in contrast with New York state’s own reputation in handling emergencies, according to AG James.

“The state’s experience with correctional facilities and other secure facilities in New York City and elsewhere may provide relevant context for this Court’s evaluation of plaintiff’s claims and requested relief,” according to AG James’s brief. “In particular, the state has direct experience in developing responses to maintenance-related emergencies and other unexpected events, as well as experience in monitoring both state-run and locally operated correctional institutions.” 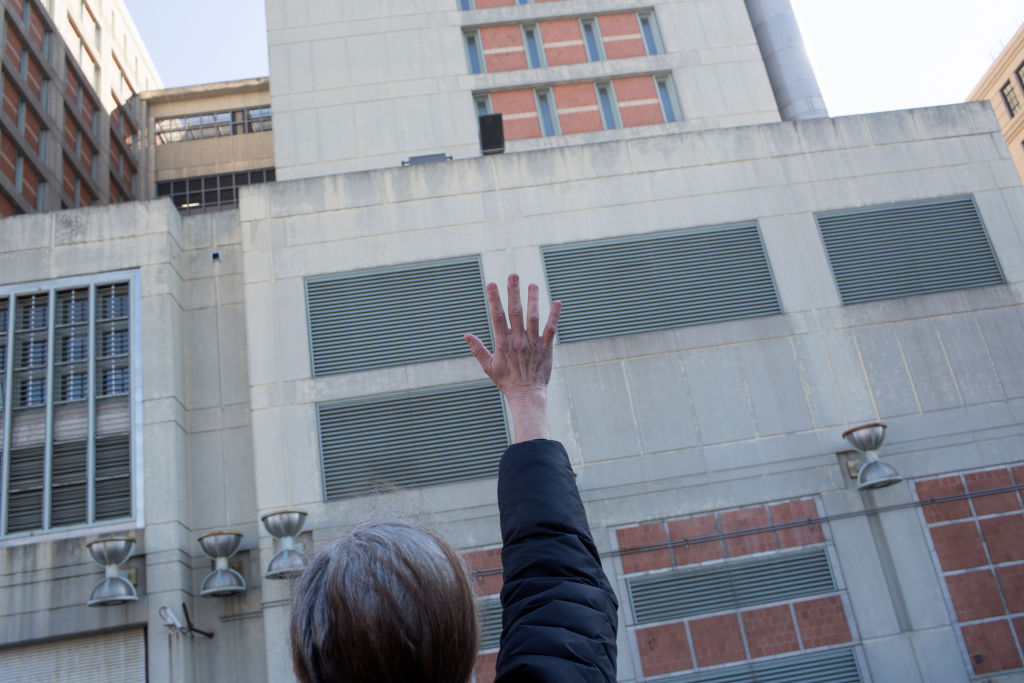 Prison rights activists and relatives of the incarcerated protested outside the Metropolitan Detention Center on February 4, 2019 when the prison lost power and heat for over a week during a polar vortex. Getty Images

Inmates at the federal Metropolitan Detention Center spent days in those “inhumane” conditions, and many state and local officials balked at the “lack of urgency” on part of prison officials to fix the problem.

New York state’s correctional system houses about 47,100 inmates across 54 state-operated facilities, and includes protocols to respond to such major disruptions, per the brief, such as a timeliness requirement to report emergencies  and oversight efforts like the presence of the New York State Commission of Correction, an independent state agency tasked with monitoring all correctional facilities.

This experience makes the state “well-positioned to advocate and advise the court on protocols and oversight,” according to James’s office. The Federal Defender’s lawsuit aims to assess current conditions at the Metropolitan Detention Center, instill more oversight to inspect the facility and ensure that the rights of its detainees are not being denied.

“The reported conditions at MDC were unacceptable and inhumane,” AG James said in a statement. “Being incarcerated should not result in being denied basic human rights. Our facilities must have proper protocols and procedures in place in the event of emergencies. I will continue to support the call for stronger policies and practices at the federal level to ensure the safety and well-being of all New Yorkers.”