A new Manhattan Target popped up over the weekend with an awning reminiscent of the old New York City punk icon CBGB, and New Yorkers are not entirely thrilled.

CGBG, if you don’t know, was an epochal East Village music venue, home to historic performances by the Ramones, Blondie, Joan Jett and more and reminiscent of the gritty East Village of yesteryear. The club closed in Oct. 2006, burdened by rising rents, taking its iconic CBGB banner with it.

But now, a new banner has appeared in the East Village at 14th Street and Avenue A that instead of reading CBGB, read TRGT, as first reported by EV Grieve.

The Manhattan Target, at 500 East 14th Street, is approximately 27,000 square feet over two levels, according to the company. The East Village location was first announced in 2016, and appeared to have had its official opening over the weekend, at which the CBGB-esque banner was unveiled.

Manhattan Target ‘spits in the face of’ what CBGB stood for, say critics 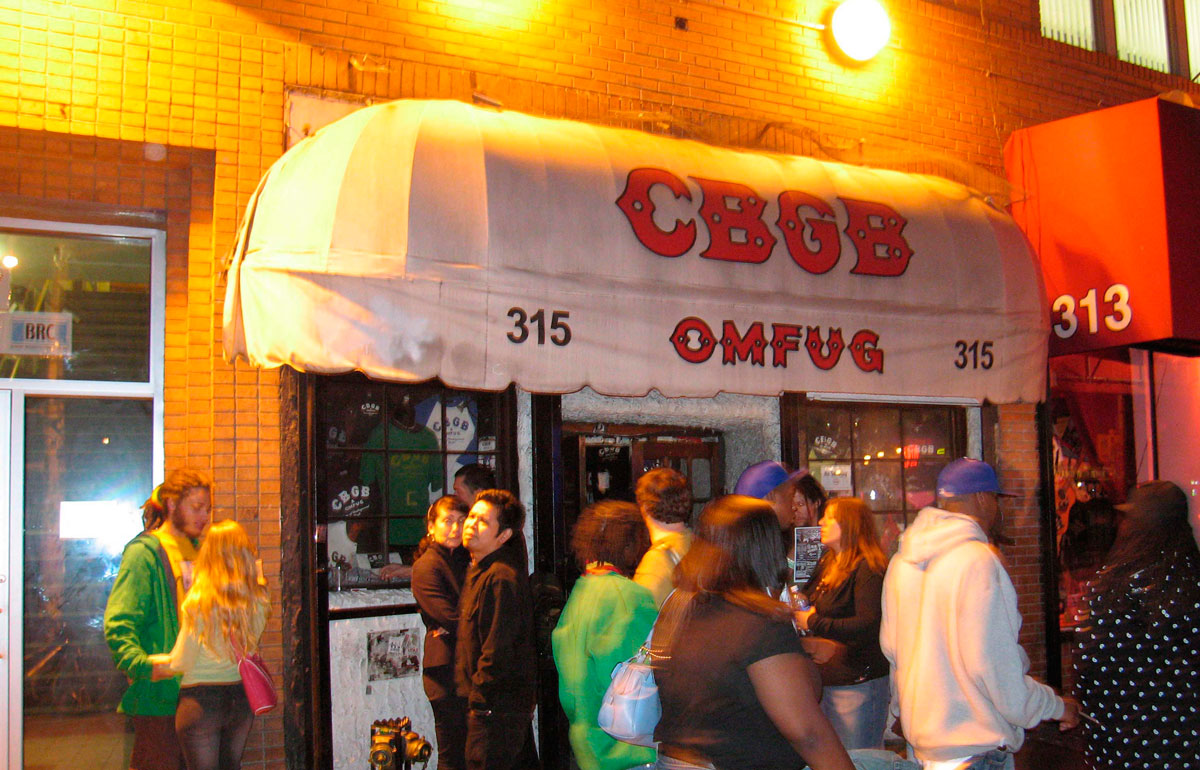 Some New Yorkers have not responded kindly to the Target banner’s homage to CBGB.

“Full disclosure:  I actually shop at Target,” one person tweeted. “But this — as part of the new store in the East Village — spits in the face of everything CBGB stood for.”

Jeremiah’s Vanishing New York called it “what might be the most deplorable commodification of local neighborhood culture I’ve ever witnessed.”

“This is a stunt that probably sounded cute in brainstorming, didn’t consider the larger meaning of what it represents, upset true believers but will probably succeed anyway because a lot of people just want to pose for a selfie with a giant red guitar,” tweeted PR Firm Adam Ritchie Brand Direction.

Even previous CBGB name owner Tim Hayes weighed in, telling Gothamist that “Everyone and anyone involved in this is wildly out of touch with the people of the neighborhood and their cultural values.”

But some New Yorkers saw the TRGT / CGBG homage as just another sign of times changing, which Target isn’t the only entity guilty of commodifying.

“Some purists are upset that Target opened up their East Village location with a temporary recreation of CBGB’s facade,” one person tweeted. “Is it any worse than The Stooges’ music in an Audi commercial, The Ramones’ in a One Peloton ad, or a $265 Black Flag shirt at BarneysNY? Hmm.”

“[B]efore you get mad at Target,” tweeted another, “remember that CBGB’s rebranded itself as a fashion brand in 2006 after the location closed.”

This isn’t the only time the iconic CBGB awning has been used for such commercial gain. In 2015, a CBGB restaurant opened in the Newark Airport, known as CBGB L•A•B (LoungeAndBar).

The TRGT / CBGB awning is already down (though the image of the Manhattan Target storefront is still circulating the internet). A Target spokesperson confirmed that the awning was part of a one-day popup for the store’s opening on Saturday and meant to pay homage to the New York neighborhood.

“When Target opens a new store, we often host a one-day celebration that shows the neighborhood how excited we are to be part of their community. Our goal is to connect with our newest guests and, in this case, celebrate the heritage of the East Village,” said Target rep Jacque DeBuse in an email. “We sincerely apologize if some event-goers felt it was not the best way to capture the spirit of the neighborhood. We always appreciate guest feedback and will take it into consideration as we plan for future opening events.”