The word “tiki” comes from New Zealand’s Maori people, who used it to describe a small human-ish statue. In the 1930s, Don the Beachcomber (yes, that’s his real name) turned those idols into ceramic glassware filled with strong and sweet drinks made with rum, fruit juices and syrups, all the flavors he loved from the Polynesian islands. Tiki cocktails were born, and it will never be summer without them again.

Tiki cocktails are usually as elaborate in their ingredients and preparation as they are in the glasses — or bowls, or idols, or clamshells — they’re served in. And just because they’re classics, doesn’t mean New York’s bartenders aren’t putting their own new twists on them. Get through the hottest months of summer with our roundup of excellent island-inspired tiki cocktails in New York City. 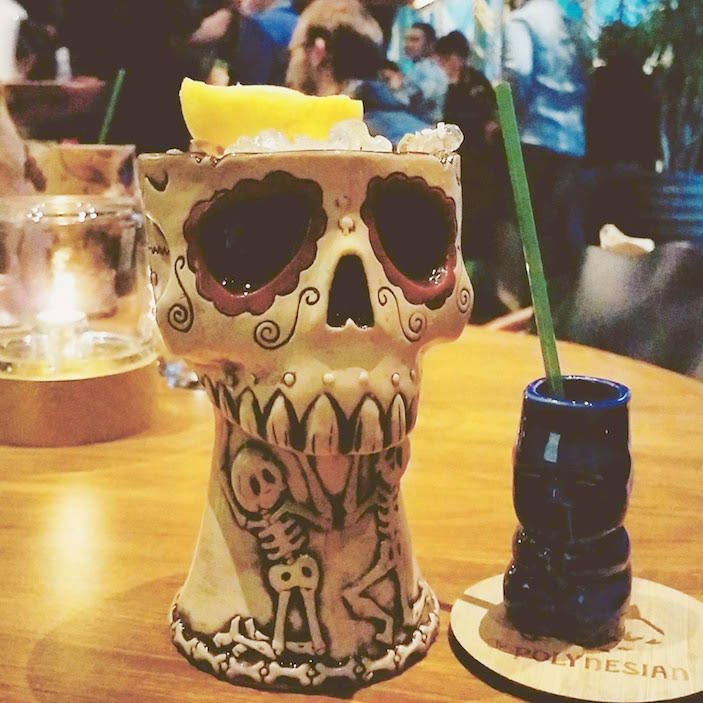 The must-have tiki drink of the summer comes from The Polynesian, where “tiki pirate” Brian Miller is shaking up a menu of the most iconic tiki drinks alongside plenty of his own creations. Chief among them sits the Vaya Kon Tiki, a sweet-spicy concoction made with coconut rooibos tea-infused rums, cayenne-coconut cream, ginger, cinnamon and tropical juices, served in a ceramic skull — as it should be. 400 W. 42nd St., Hell’s Kitchen 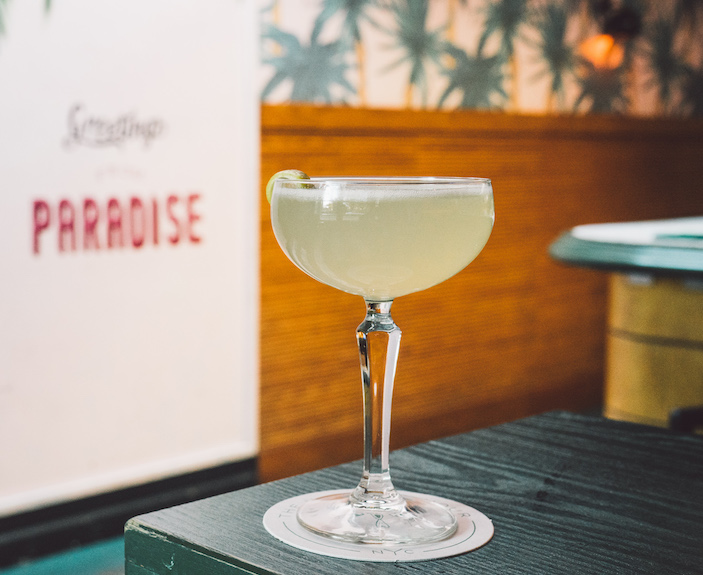 The West Village’s whimsical tropical bar Happiest Hour has the relaxed vibes while still taking its food and cocktails seriously. Its Oleo Daiquiri mixes the best of the islands with a South American flair, including Jamaica’s prized Appleton Reserve rum, Santa Teresa Claro rum from Venezuela and Rhum JM 80º from the French West Indies, and keeps it simple by adding just lime and lemon oil. 121 W. 10th St., West Village 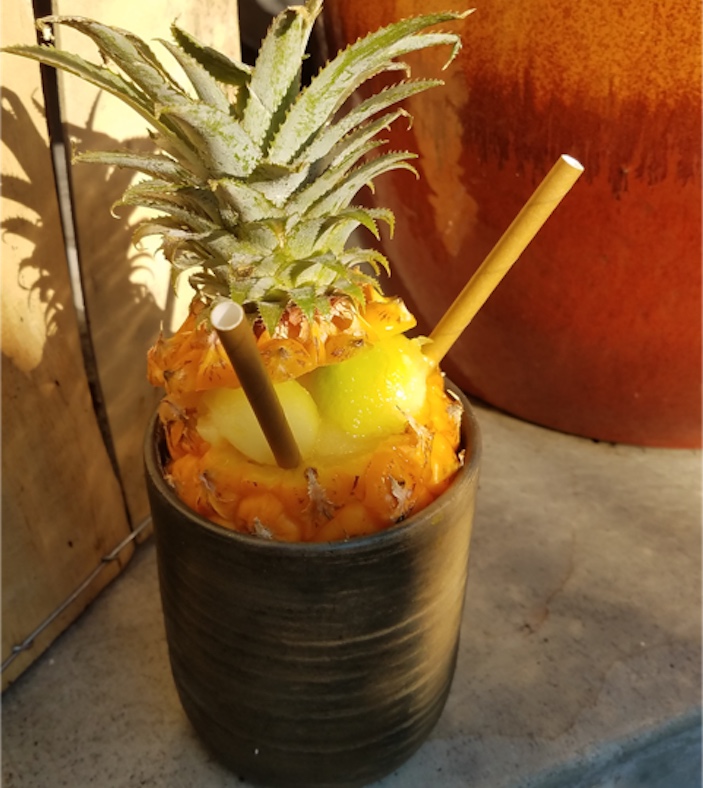 The bar at hot Gowanus newcomer Claro specializes in mezcals, with some of the rarest bottles around, so the delightful El Rey De La Playa has a smoky kick under the sweet rum. Reyes y Cobardes cupreata and Plantation pineapple rum combine with pineapple and a double dose of summer melon (juice and syrup), plus lime, clove and cinnamon, served in a mini pineapple that serves two. 284 Third Ave., Brooklyn 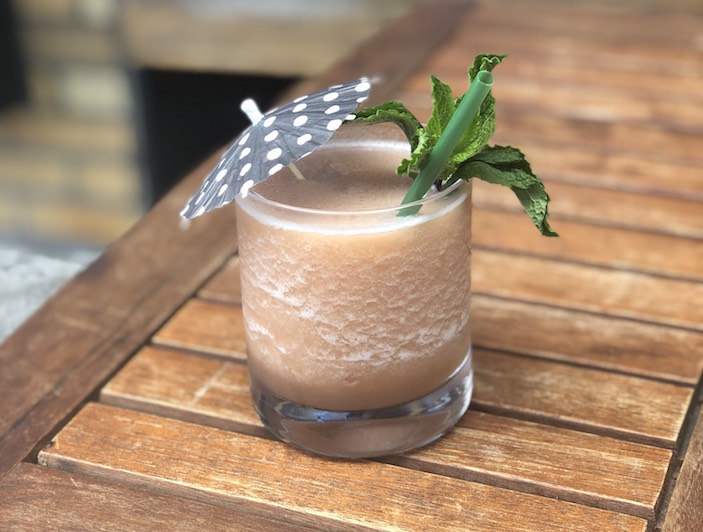 Night of the Living Dead

Nitehawk Cinema is as good a place for drinks as it is for movies. Their executive chef Michael Franey is back after spreading his wings in the culinary world with a revamped summer menu that includes a tribute to the 1968 classic Night of the Living Dead, a take on the classic Zombie made with light rum, Jamaican rum, lime, grenadine, pineapple, grapefruit and housemade falernum. 136 Metropolitan Ave., Williamsburg 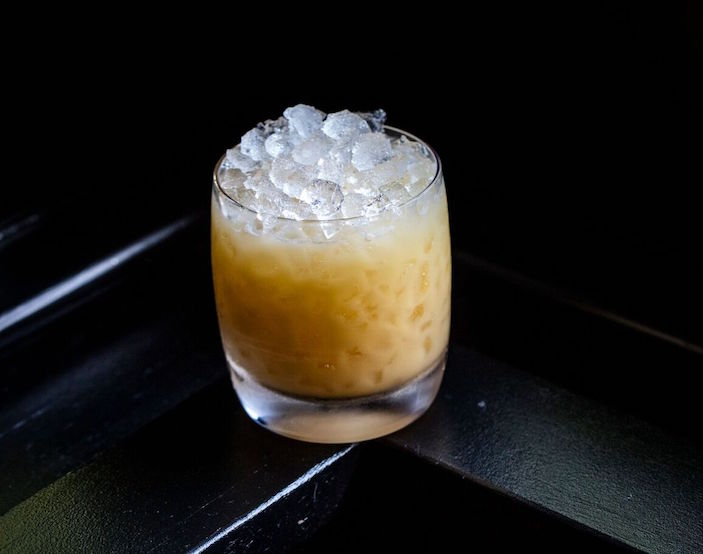 The power of tiki will cure what ails you. The Remedy is the perfect name for a drink at Existing Conditions, a new science-minded bar led by Dave Arnold where ingredients are “ingredients transformed by technology and advanced techniques.” Allow yourself to be transformed by the power of this tiki cocktail, made with pineapple rum, Agricole Rhum, acid-adjusted orange juice and caramelized coconut. 35 W. 8th St., Greenwich Village 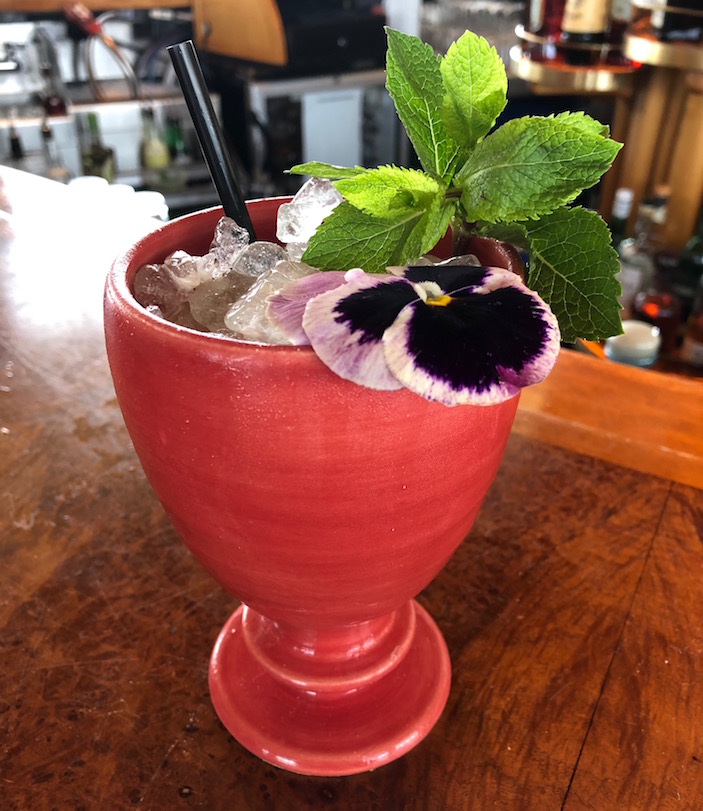 You won’t be feeling much of anything let alone pain once you get to the bottom of the Painkiller, served at the The Standard, High Line. Made with a blend of coconut puree, passion fruit, pineapple juice, lime, mint and Santa Teresa 1796, the key to this fruity refresher is to close your eyes. Imagine a beach with some gently swaying palms, and the drink will do the rest. 848 Washington St., Meatpacking District 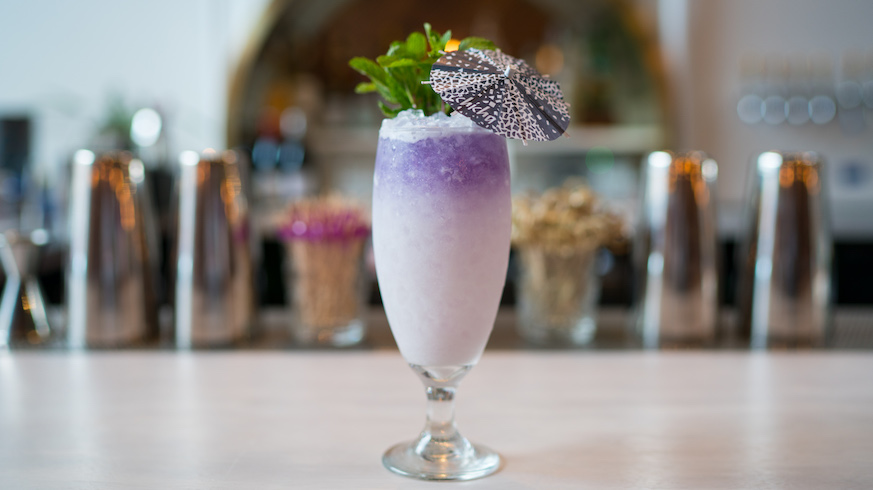 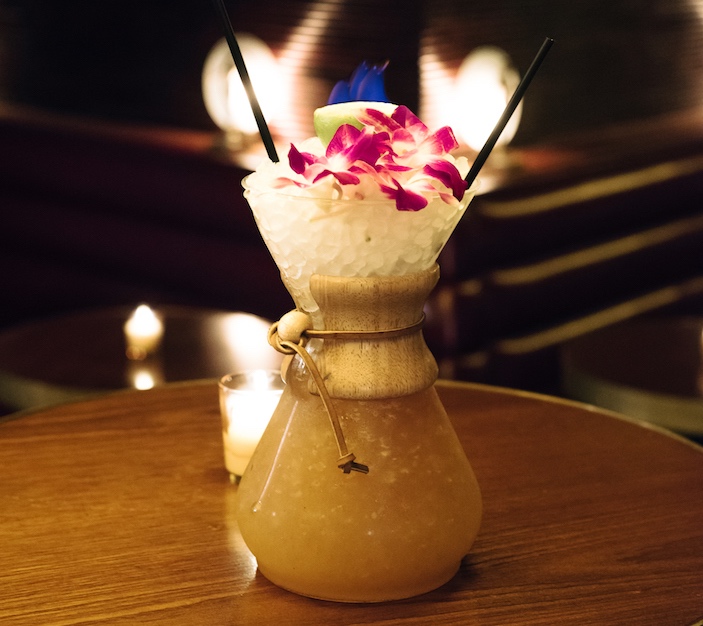 Born at the height of 2017’s cold brew craze, this instant classic isn’t new but we wanted to put it back on your radar in case you didn’t check it out last summer. At Slowly Shirley, Garret Richards blends up equal parts Plantation Barbados 2001 and Encanto Pisco with lime and orange juices, passion fruit syrup, guava nectar, cold brew concentrate, housemade falernum and honey syrup and pours it over crushed ice. It’s meant to be shared, but they won’t question if your +1 is “still on the way.” 121 W. 10th St., West Village