Nicolle Wallace isn’t afraid to set the record straight. The MSNBC journalist and host of the wildly popular show “Deadline: White House,” which has beaten FOX News for five months in a row and CNN for the last 19 months in the 4pm time slot, is known as a fierce critic of the Trump administration and has gained notoriety for her ability to, in some cases, fact-check their inaccurate talking points in real time.

Having served as White House Communications Director under George W. Bush, Wallace has a deep understanding of how politicians can spin webs of deception. This week, Wallace’s show will be going into its third year on-air. We caught up with her to talk about the importance of truth in the era of Trump. 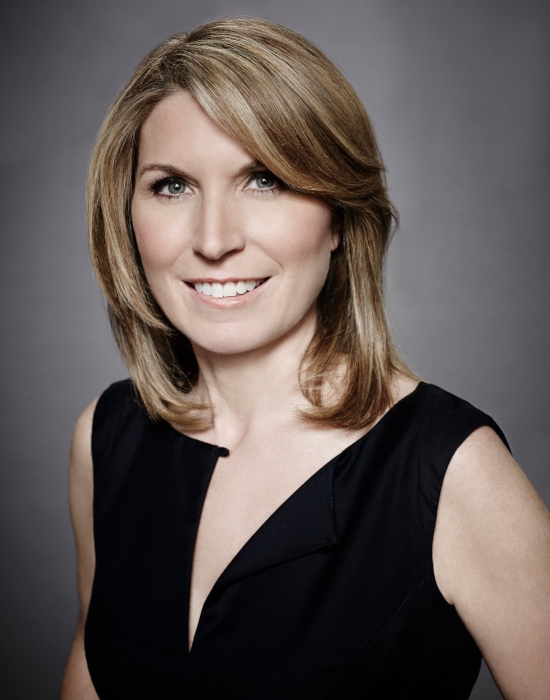 You are known to be a thorough, real-time fact-checker and have really held this administration’s feet to the fire with the falsehoods they’ve tried to get past the general public. What is the importance of truth in your eyes in our current political landscape?

Nicolle Wallace: I come at everything from the perspective of having been covered. I think justifiably an American president is scrutinized for every word they say, every word they put out on a piece of paper. Every translated word they put out during a foreign trip is scrutinized to excruciating detail. I was covered that way by a very skeptical domestic and foreign press when I worked for George W. Bush. It was a very difficult and polarizing time in this country’s modern history. Having been covered that way, I know what the standards are. I know the difference between a favorable spin or a favorable presentation of facts and a lie. This White House counts on the press’ commitment in calling a lie a lie and giving them a more expansive interpretation, perhaps, of spin. But it’s almost like I have a hunting dog’s sense of hearing. You hear that high-pitched whistle that nobody hears. When the spin crosses the border into a lie, my ears perk up and I want to stand on a table and scream, “Liar liar, pants on fire.”

Is there a correct way to combat the lies that this administration tells in order to sway the public?

Nicolle Wallace: You don’t look at the destination, you have to look at the journey. I don’t know that it can be beaten. That’s out of my hands. We live in the moment. Our show is made up of moments, which make up segments, which make up hours. We just tackle it kind of the way that you raise a kid [laughs]. We have a 7-year-old. You don’t worry about how many years until he can drive, you’re just trying to get him through first grade! I really have been, and more lately, I sort of have been drawing the tie between how I parent and how I cover politics. You stay in the moment, you call out what you see, and you try to keep up with the pace of their lies, which is extraordinary. Everyone who covers them owes a real debt of gratitude to the actual fact checkers. People like Daniel Dale…people in the print newspapers who really dive into the policy lies and the distortions. Anyone who covers him everyday has now seen enough to call out mistruths. What’s amazing is how decentralized it’s becoming. It used to feel like the lies came from the white house and the cabinet fell into line.  It would appear that with the Mueller Report, that the deception campaign is being run out of the DOJ. When William Barr strained credulity last week and described the Mueller report inaccurately, luckily for me I had read most of the Mueller report and specifically the section that he lied about and we were able to break in and call it out in real time.

Your show “Deadline: White House,” which is going into its third year this week, is on at 4 p.m. each day. How difficult is it to investigate the breaking issues to get to the truth before each broadcast?

Nicolle Wallace: By 4 p.m. he’s usually tweeted a couple of dozen lies. There’s never a shortage of material. If anything, there’s the opposite problem. There’s usually so much by 4 p.m. I think he also inhabits a real 24-hour news cycle because he’s always watching TV, tweeting about what he’s watching on TV, and then there are some hours that it would appear that some sort of dysfunctional version of the wheels of government are grinding. We’re always in some part of the news cycle and we always try to do our best with the parts that happen within our hour.